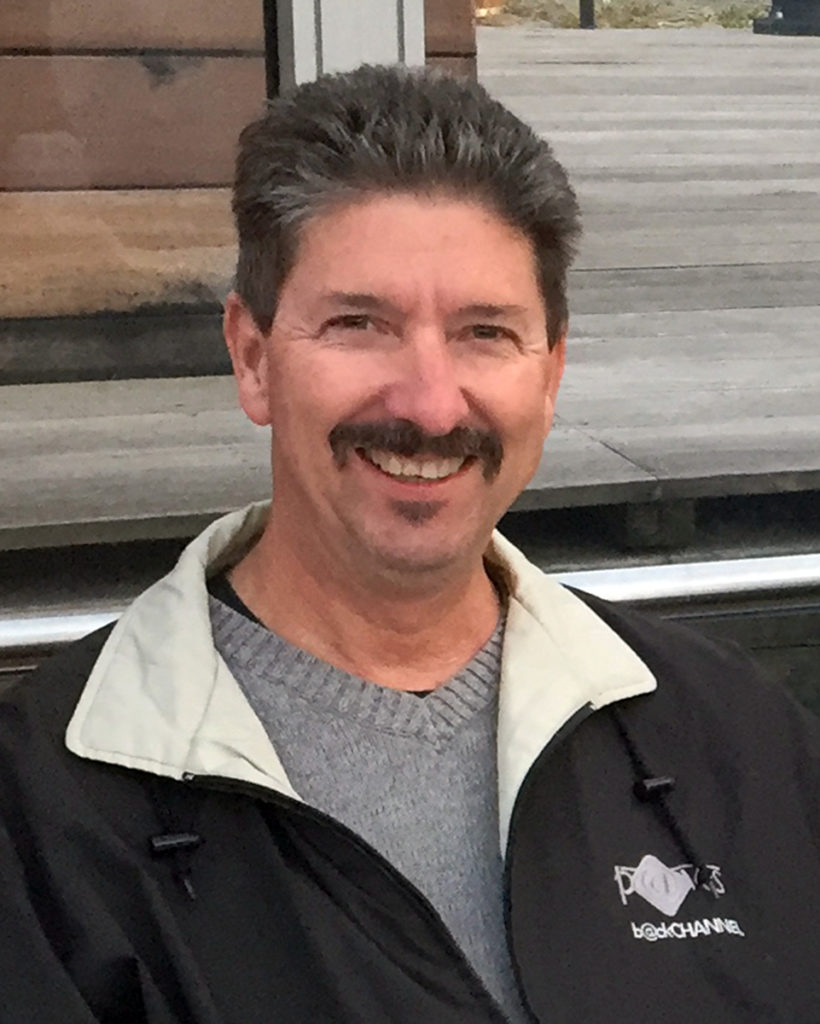 Harold “Harry” Gray died August 17, 2021, surrounded by his family after a courageous battle against cancer.

Born in Great Falls, Montana on August 6, 1957 to Thomas and Phyllis Gray, Harry spent his formative years in Chicago, Illinois and always considered it to be his hometown, even after moving to California by way of service with the U.S. Marine Corps.

His love of Chicago sports never waned.  He was a devoted Cubs, Bears and Blackhawks fan and this passion he shared with his sons Spenser and Jordan. Although the trio traveled to Chicago for home games many times, the greatest moment came when Harry and his boys attended the 2016 World Series and witnessed the Cubs win the Championship.

It was during his time in the Marine Corps that Harry learned about avionics, and this set the foundation for a career that took him all over the globe.  During his career, Harry worked his way up through the industry, culminating in his appointment as Vice President of Strategic Sales for Safran Passenger Innovations. Not only did he love the travel, (he would never pass up a chance for a pork knuckle in Germany) he generously shared his frequent flyer points with family and friends so they could also experience adventures as he did.

Of course, before all those adventures, and shortly before leaving the Corps, Harry met his wife, Betsy at the Mission Viejo Country Club and they later married there in 1985. He was always able to remember this auspicious event as having happened “the same year the Bears won the Super Bowl.” As in all things, Harry and Betsy worked as a team to raise their sons and support their various interests. Harry volunteered for many years as a Little League and travel baseball coach, and worked hard to perfect his repertoire of “dad jokes.”

Harry loved a party and the family home was a welcoming place for everyone.  Among the many celebrations held there was the famous annual Pig Roast.  Friends, family, current and past co-workers enthusiastically gathered every summer to raise a glass and feast on pork in an unbroken tradition that carried on for 25 consecutive years until COVID interrupted the streak.

Harry was known as being the guy that was always willing to lend a hand and share a beer often saying, “it would be rude not to.”  Still, he also found time for several hobbies including distance running, golf, and fishing.  He was an avid car enthusiast and only recently attained his dream car: a 1966 Corvette convertible.

In addition to his wife, Betsy, and sons Spenser and Jordan, Harry is survived by: his mother, Phyllis Gray (Laguna Woods, CA); his sister, Elisabeth and her husband Gene Goodwin (Texas) and their children, Adam, Sarah and Mary and his brother, Philip Gray and his wife Barbara (Oregon).  His many friends everywhere will miss his exuberant love of life, his wit and his generous spirit.

A private family service will be held September 10.
A memorial Celebration of Life will take place on September 26, 2021 at 3pm at Strawberry Farms Golf Club, where friends will be welcomed to attend and share memories.
In lieu of flowers, the family encourages donations to:  Melanoma Research Alliance www.curemelanoma.org (be sure to click to dedicate my donation in memory of Harold Gray)