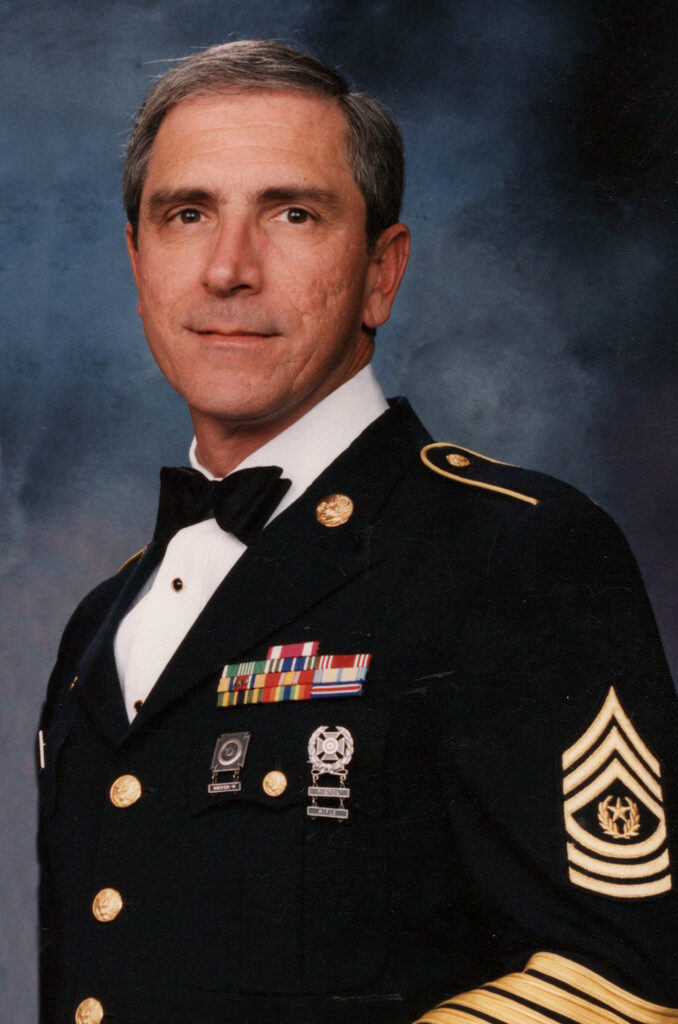 Gregory Albert Gunning (76) of Laguna Niguel, California passed away in Anaheim on August 2, 2022 after a decade-long goodbye with Alzheimer’s. Greg was born in Columbus, Ohio on October 17, 1945 to Florence and Francis Gunning. He attended St. Anthony High School in Long Beach, California, received an Associate’s degree from Long Beach City College, and both his Bachelor’s and Master’s degrees from National University.

In 1971 Greg met Gaylene Nicholas at Mardi Gras in New Orleans. In 1973 they were married, and together they had two children, Bradley and Melissa.  He was drafted into the Army in 1967 and rose to the rank of Command Sergeant Major in the Army Reserves. After 35 years of proud service, Greg retired from the U.S. Army Reserve in 2002.

Greg grew up a Notre Dame football fan, but with his wife working at the University of Southern California (USC) for over 30 years and both of his children graduating from USC, Greg was converted to the Trojans and was seldom seen without his USC baseball cap. Greg had a passion for world history, particularly military history, and he often sought out visits to Civil War battlefields. He enjoyed travelling, whether it be family vacations to tropical islands in the Caribbean and Hawaii or getaways with his wife for weekend road trips to wine country or tours throughout Europe. Greg was an avid reader, especially enjoying Tom Clancy novels. He spent much of his free time building things and there was never a household construction project he couldn’t tackle. Outdoor summer concerts with his wife were a constant, with trips to San Diego to see the Boston Pops a common occurrence.

Greg is survived by his wife Gaylene, children Bradley and Melissa, grandchildren Henry, Leo and Jasper, brothers Francis, James, and Michael, and sister Wendy, as well as numerous nieces and nephews.

Funeral services will be held at St. John the Evangelist in Encinitas, California on August 17, 2022 at 1:00pm followed by burial services at Miramar National Cemetery in San Diego, California at 3:00pm.

Flowers may be sent to O’Connor Mortuary in Laguna Hills, California.