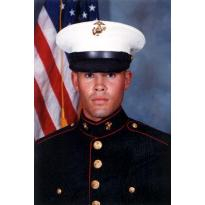 The funeral service for Greg Alan Matula, age 48, will be at 1:00 PM Friday, December 10, 2010, at Mariners Church at 5001 Newport Coast, Irvine, California, with Rev. Mike McNeff officiating. Funeral arrangements are being made by O’Connor Funeral Home at 25301 Alicia Parkway, Laguna Hills, California. Visitation with the family will be Thursday evening from 7:00 to 9:00 PM at the O’Connor Funeral Home.

Greg was born to Alvin and Joyce Turnbo Matula on June 16, 1962, in San Antonio, Texas and passed away on Friday, December 3, 2010 at his home in Rancho Santa Margarita, California.

Greg graduated from Flour Bluff High School in Corpus Christi, Texas in 1980. He served in the United States Marine Corp for four years until July 1987. After his military service Greg worked as an electrical contractor primarily in Southern California for several years. Greg was successful in his professional life where he oversaw many large civilian and military projects. His last position was with the Department of Defense at Camp Pendleton as an Engineering Technician, where he was a highly respected member of his team.

On April 9, 2004, he married Julie Kay Richards in Maui, Hawaii and they lived in Rancho Santa Margarita, California. Greg and Julie especially enjoyed traveling to Hawaii with friends and family, where they spent several vacations at their condominium on the Big Island. Together they loved being outdoors at the beach, playing golf or just watching the Dallas Cowboys.

Greg enjoyed being with people as evidenced by his many friends and was loved and respected by numerous people from all aspects of his life. Greg enjoyed fishing with his father, excursions with friends, golfing, snorkeling, surfing, and radio-controlled flying. His main interest in life was caring for the ones he loved.

While his life on earth was too short for us to bear, we are so thankful that we were blessed having him in our lives and are comforted knowing that he is now living in eternal peace. Greg is survived by his wife Julie, Alvin and Joyce Matula, his mother and father, and Cynthia Matula, his sister.