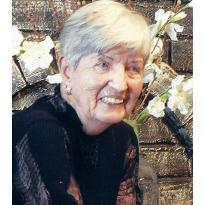 From all over the planet, America is a story of immigrants. Grace M. Kruger, ‘Grandma Grace’, was born a second generation American in Hobart, Indiana of Swedish immigrants on March 3rd, 1917.

The Johnson family roots begin in Kalmar Sweden, from where Grace’s grandfather, Peter Johnson, arrived in America at the age of five with his father and mother on the S. S. Saxonia in 1866. The family made their way to a farm in Hobart, Indiana that Peter Johnson’s half brother, Charles Johnson, a veteran of the civil war who fought and survived the battle of Shiloh, had purchased for their father and stepmother. Peter Johnson grew as an immigrant American, married and had one son: Grace’s father, Albert Johnson.

Albert married Agnes North, a woman who was the spirit of all that was good; she exuded love, patience, perseverance, kindness, charity, faith and a positive presence that preceded her all her days. Grace was one of six siblings, three boys and three girls. Now you know how Grandma became known and cherished to those under the wide net she cast as ‘amazing Grace’.

Albert, in referring to Grace, always reminded Agnes that ‘. . . every farm has to have one lady.’ Grace told everyone that she wasn’t born; she was found under a woodpile one sunny day.

Agnes, supporting Albert with a sharp business acumen and hard work, helped transform a farm to Eagle Farm Dairy, delivering dairy products to homes throughout the area. During the depression Albert continued to deliver milk to families who couldn’t pay, an example of their steadfast faith in God, and the hope they had for the future of their community.

Grace completed high school in Hobart. After high school, Grace traveled by streetcar to and from her work as a bookkeeper. At some point in the late 1930s, she met her first husband, Orville Plough, on one of her streetcar sojourns. Married July 4th, 1941. Grace and Orville had their first son, Bruce, in 1942. After the country entered the war, Orville joined the Coast Guard and served on the USS Mackinaw, an ice breaker that kept the sea lanes of the Great Lakes open during the war. Grace moved frequently with Bruce by train and bus around the Great Lakes as the base of the ship changed. After the shooting stopped, Richard showed up in 1946.

Orville worked in the car industry through the 1950s and early 1960s, and was killed in a car accident in January 1964 near Naperville Illinois where Grace and Orville lived since 1957. Grace was very active in Our Saviour’s Lutheran Church, the Ladies’ Auxiliary, the Junior League, and with raising her family.

Grace and Orville became friends with Jean and Herman Mohler when they first moved to Naperville. Jean and Herman moved to New Jersey and returned to build a house that was once again near Grace and Orville. Jean sadly died of cancer some time before Orville died. Within a year, Herman and Grace decided to marry and moved to California where the wedding took place. Grace gained a stepdaughter, Gerry, who had relocated to California earlier after completing college in Nebraska.

Herman and Grace enjoyed 28 great years, transitioning from a home in Granada Hills to their home in Mission Viejo when Herman retired from Western Electric. They joined the Mission Viejo Country Club, enjoyed a wide group of friends, traveled the world and supported their family. During their time together their family grew to five grand children with all of their children contributing. Grace was always involved with her family and friends. Like her mother before her, she was a source of strength and a guiding light to a life well lived.

WIth the passing of Herman in 1993, Grace continued to support her family from her home at Casta del Sol in Mission Viejo. She met Ted Kruger some time later and asked him to ‘play a round.’ Grace and Ted were married in 1997. Ted’s daughter Jeanne and his son Ted Jr. became a part of Grace’s extended family. Grace often said that ‘love in the twilight years is the best.’ Ted and Grace shared and enjoyed many wonderful friends from all corners of the community. They were a couple whose company everyone enjoyed.

Grace cuts a wide swath in the lives she has touched and influenced. She was the example of a life worth living to three wonderful husbands, five siblings, five grand children, nine great grandchildren and countless friends and associates. She encouraged and supported her family and friends, won too many trophies at golf, and shot two hole in ones. But even without the trophies and hole-in-ones, she was still the amazing Grace.