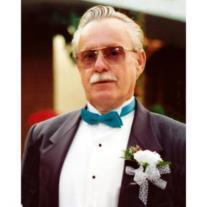 Gordon Cadman of San Clemente left us here on earth to become one of God’s Heavenly Angels. He passed away at home on October 10, 2014. He was born in Lewiston, Maine on May 5, 1933 and attended Edward Little School. Later he joined the Army and spent 4 years in France during the Korean War. After leaving the Army he headed west and ended up in San Clemente. Got a job with Reeves Rubber Inc. where he held many positions. When the company relocated in Alabama, Gordon retired and stayed in San Clemente. He then started his own All American Lawn and Garden Service.

Gordon is survived by his wife Mary of 53 years, a daughter Kathy and her husband Wayne, grandson Daniel, and a granddaughter Salena, all of San Clemente; 3 brothers, George and wife Brenda, Gary and wife Marilyn, both of Maine, Brian and wife Faye of Biloxi, MS, sister-in-law Helen and husband Bill of Liberty, MO, brother-in-law Sonny and wife Candy, along with many nieces and nephews.

A celebration of life will be held for Gordon at
St. Clements by the Sea Episcopal Church
202 Ave. Aragon
San Clemente, CA 92672
across from Las Palmas School

Graveside services will be held at North Auburn, Maine, Cemetery in the Spring.

In lieu of flowers donations can be made to
The Alzheimers Association
2515 McCabe Way Suite 200
Irvine, CA 92614