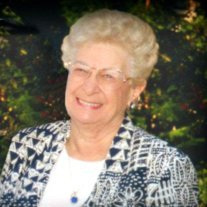 Mom was born to Louis and Tessie Gamberale in the Bronx, NY. She was the oldest child, followed by Theresa, born in 1928, and Lou in 1932. A little girl and adolescent during the Great Depression, times were tough. Her father had been a heavyweight boxer, and had some success, but was forced to retire in order to marry Tessie, who wanted no part of being married to a fighter. Mom left school after 8th grade and went to work to help the family make end meet.

She held several jobs including being a runner, and elevator operator at Bergdorf-Goodman on 5th avenue. Her father was very strict, especially with Gloria. When she would ask why Teri could go out and she couldn’t, even though Teri was younger, he would tell her Teri was tough and she could take care of herself. In spite of the strict home, mom was extremely close to her parents, especially with her father.

Mom met my father, Thomas G. Cammarano and they were married in 1948. In fact a month from today would be their 65th anniversary on September 5th. During the 50’s, my mother and my grandparents, Lou and Tessie, owned and operated G and C pork store on Arthur Avenue in the Bronx, in a primarily Italian neighborhood. This is like a combination of a butcher shop and Italian delicatessen, specializing in sausages. My father worked for the government in intelligence, but he helped out when he could.

Gloria and Tom wanted children badly, but not until 1959, 11 years in to their marriage did mom finally get pregnant. Thomas Louis Cammarano was born with a hole in his heart, a condition which is quite common and easily curable today, but in 1961 he died during an angiogram. Mom’s father died 6 weeks later from undiagnosed lung cancer in his 50’s, and she was deeply distraught.

Tom, recognizing she needed a change, moved her and Gloria, along with her mother, Tessie, whom we always called Nanny, to California. She became reclusive and battled her depression until she saw a Dear Abby Column on adoption, and wrote to her. They provided information on adoption, and in 1962 she adopted a 12 day old son and named him Thomas Anthony Cammarano. Mom said I saved her life, and she probably saved mine on many occasions.

She was still a bit reclusive, but now she had a baby which they showered with love. She adopted Barbara Theresa Cammarano 18 months later. She was very pink and she is called Bunny to this day.

Finally after 7 years of urging, in 1968, Tom, Gloria, Nanny, Thomas and Bunny packed in to the ’67 Galaxie 500 and moved to Parsippany New Jersey. We made it until March 1969, about 7 months, before packing up the car and moving back to So. Cal, settling in Torrance. They purchased the long-time family home and we moved in early that summer.

Mom had it out of her system, and she never complained again about being in California. In fact, she talked her brother and sister to move to California, along with their families. She got a job working from home as a comptometer operator. They computed price changes and inventories for Standard Brands Paint Company, which had around 100 stores at that time. Comptometers were the forerunners of calculators and computers. She was a housewife during the day, and when the kids went to bed she worked on her “machine”. 6 or seven years later when her boss retired, she took over the business. She had about 8-10 ladies who worked for her, many of whom became good family friends.

Mom spent many years in the 80’s as a caregiver, first for nanny in the early 80’s until she passed in 1984. Later for her beloved Tom, who had a stroke in 1986. He recovered only to die of heart failure in late 1988. She was deeply saddened and depressed after his passing. I was final able to convince her to sell the house in 1993 and move to Leisure World in Laguna Hills. This was a great move as she met many new great friends, and reunited with other old friends, as well as being close to me and my subsequent family, as I had moved to Orange county in 1991.

Her and Alexa, her first granddaughter was especially close, and mom was her primary babysitter. When Tommie was born in 2001, Mom and Aunt Teri would frequently watch both girls on Tiffany and my Friday date nights. Tiff referred to them as Laverne and Shirley. Tiff was the first girl I ever brought home that mom said she liked. She was pretty smart.

We convinced mom to give up her Driver’s license on her 79th birthday, for the good of all. She was doing pretty well until about 6 or 7 years ago when she was rushed to the hospital, with what turned out to be a partially burst gall bladder. She spent about 6 weeks in the hospital, almost dying, and another couple of months in a rehab facility. This trauma set off the gradual and steady decline from Alzheimer’s/dementia, and she was never quite the same.

Mom lived a long life, but she really was not the same, especially the past few years. Alzheimer’s seem almost worse than death, especially for the family.

Mom loved to entertain, cook, play cards, and spend time with her granddaughters. She would have especially enjoyed Zach, but she was not herself long enough to know that he wasn’t me. I know she would appreciate your thoughts, and prayers, and we would like to encourage you to remember her as she was before, not the way she was the last few years. We really enjoyed her dry sense of humor, and her “tell it like it is” approach.