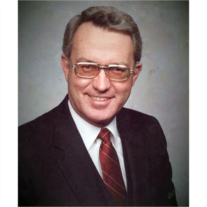 Glenn, age 84, was born in Idaho Falls, Idaho on November 4, 1932 to John Oley and Lula Horman Miller. He was the youngest of five children of which is survived only by his oldest sister Marjorie Davis of Salt Lake City.

After graduating from Idaho Falls High School, Glenn attended Brigham Young University where he received his Bachelor’s in accounting. Glenn also served his country in the 7th Army and was stationed for nearly two years in Germany after which he returned to BYU for post graduate studies in Accounting.

Glenn was married to Ella Mae Prows on November 9, 1957 in the Manti Utah LDS temple. They were married for nearly 60 years. He is survived by four of his five children; Russell T Miller of Carlsbad, Rodney S Miller of Trabuco Canyon, Tiffany L Davis of Aliso Viejo and Jonathan D Miller of Destin, FL. He was preceded in death by his son Jeremy P Miller.

Glenn began his accounting career with Price Waterhouse in Los Angeles in 1960. After some time there he made the determination to open up his own firm and partnered with Karl Lindemans to open Lindemans Miller CPA’s in 1965. The firm was later renamed Miller Giangrande CPA’s in 1974 when Glenn became the managing partner. The firm still exists today in Brea, California and is celebrating 50 years.

Glenn and Ella made their home in La Habra for over 40 years and moved to Mission Viejo in 2009 to be closer to their children and grandchildren.

There will be a viewing starting at 9:30am at the Los Alisos building of the Church of Jesus Christ of Latter-Day Saints in Mission Viejo, (23850 Los Alisos Blvd.) Services will begin at 10:30am and interment will follow at Loma Vista Cemetery in Fullerton.

Flowers are being coordinated by M’s Flowers of La Habra, CA. (562) 694-6040 Donations may also be made to Parkinson’s research in memory of the 22 years that Glenn struggled with this affliction.