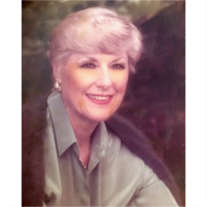 Germayne Eva Cullen Cumby departed this life to meet the Lord on Friday, July 8, 2016 while residing in Fullerton, California.

Germayne was the only child born to John S. Hoerner and Rose Frances Wald on July 17, 1935 in Bowdle, South Dakota. During Germayne’s early years, John and Rose moved to Compton, California where they made their home. John was a steel worker and Rose a homemaker.

She graduated from St. Anthony High School in Long Beach. She developed friendships there that would last a lifetime and it was also there that she met her future husband Michael Bernard Cullen. Michael and Germayne were united in Holy Matrimony on August 28, 1953. Together they had four children and raised their family in various communities, Bellflower, Fullerton and Laguna Beach.

Michael and Germayne, together, established Veterinary Reference Laboratory, a dream they both shared which flourished and became a family operated business.

In November of 1973 Michael Cullen’s untimely death would leave Germayne to raise her family alone, while continuing to run Veterinary Reference Laboratory. She sold the business in 1975 but continued her involvement in charitable work, fundraising, modeling and volunteer work for Pageant of The Masters in Laguna Beach.

Her entrepreneur skills kept her busy in several businesses which she developed such as “It’s Hatrageous” which designed hats for the 1984 Republican National Convention. She owned and operated a beautiful shop, “Wrapped in Ribbons”, which specialized in high end gift wrapping and design as well as “Something Borrowed” a wedding design shop where she created bridal events, weddings and memories for over 6 years.

While hostessing in the evenings at Chanteclair Restaurant in Newport Beach she met a new love, Richard Cumby. They were married on September 10, 1977. Together they enjoyed traveling and entertaining friends at their home in Three Arch Bay in Laguna Beach. They always had time for a good party with great long time friends.There were Hawaiian Lua’s, Victoria Beach House Parties, Summer Octoberfest, Sunday Chicken Dinners, Can-Can Retirement Party and Halloween Parties. It was during a Halloween Party that Germayne got the name “Granny Monster” from her grandchildren and who could ever forget the great Fourth of July’s in Three Arch Bay and the celebrations she shared with loved ones.

She leaves behind all of us who dearly loved her, the stars in her crown of love..we cherish these wonderful memories and the beautiful moments she created for all of us, her children, Corinne Cullen Armstrong, Cynthia Cullen Bridges, Candace Cullen Keefe and Craig Michael Cullen who then blessed her with twelve grandchildren. We will miss her love but pass it on, Eric, Brian, Christopher, Allison, Ashley, Austin, Katy, Kristina, Kacy, Lauren, Michael and Suzie. She had nine great grandchildren, Ethan, Caitlin, Abbey, Kadence, Jackson,Lucy, Natalie, Wyatt and Wesley, and Wesley’s sister is on her way, all her littlest stars in her crown of love.

Flowers for Germayne’s service should be delivered directly to St. Catherine of Siena Catholic Church, 1042 Temple Terrace, Laguna Beach, CA 92651 and should be scheduled to arrive well before the service begins.