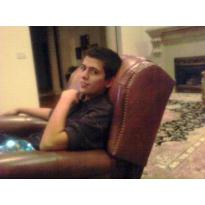 GABY was born in Santa Maria, California to Jerry and Denise Valenzuela. Gaby lived all his life in Santa Maria, moved to Santa Barbara in 2008, and Grover Beach in 2008-2011. He recently moved with his parents and brother to Ladera Ranch where he made several friends.

In 2011, Gaby moved to Ladera Ranch, where he worked at DJM Painting, where he assisted them in their painting operations. He was so enthused with the people and operations of DJM. Throughout his life Gaby enjoyed Golf, Music, Guitar, Reading, was a Movie and Sports Buff. He was a wrestler and played football, basketball and baseball. He enjoyed politics, having long discussions concerning this subject with whoever had the same interest. He was always the person that would assure everyone had a laugh when they were with him. Wherever he went, people were drawn to him to experience his ever-loyal friendship, his thoughts, wittiness and pure goodness.

Gaby was a man blessed with extraordinary attributes, who strived to live a life of adventure. He was understanding, loyal, witty, forgiving, tenderhearted, hardworking, and kind, every day of his life. He was always available to his family and friends. His legacy will be the true loyalty, respect and love that he left with every person he knew. His dream was to travel to Guam for the construction buildup and develop into a construction manager.

He is survived by his parents, Jerry and Denise; his sisters Selena and Marisa; and his younger brother Alex and his dog, Jade. He is also survived by his five uncles and aunts; and10 cousins, Valenzuela, Chavez, Solodkin, Vilkins, and Estrada.

A celebration of Catholic life will be held in Ladera Ranch in Orange County. The celebration will be as follows: