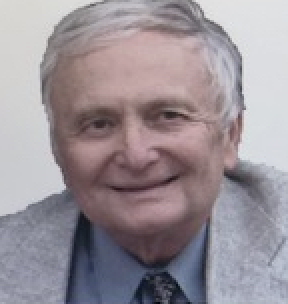 At the recent reception that followed the funeral mass and burial for Dr. Gerald William Cara, several stories were told by his children, his grandchildren, and old friends. We were reminded that life is brief, beautiful, challenging, and inspiring. Most importantly, a strong faith, patience, forgiveness, a little humor, and most of all, a large and loving family make for a full and wonderful life.

Gerald Cara was born in Harvey, Illinois to William and Nancy Cara on Feb 21, 1935. His mother died when he was 2 so he was raised by his father surrounded by his many aunts and uncles along with seven cousins. Being an only child and loving the camaraderie and fun of his cousins he knew from an early age that he wanted to one day have a large family of his own.

Inspired by his uncles who were doctors and dentists, Gerald was fortunate to attend Loyola University of Chicago for his undergraduate degree and then went on to get his MD at Loyola Stritch School of Medicine. It was during his undergrad that he met Carole and they were married in 1960. From the time he attended medical school and did his internship (St. Mary’s hospital in San Francisco) and residency (at Denver General and the Shriner’s Crippled Children’s Hospital in St. Louis) they had four children: Jerry, Jeannie (Richard), Catherine (Hendry) and Suzanne.

In 1965 he settled in Orange County and was part of a group of six orthopedic surgeons who shared a practice in Anaheim, and was one of two left in the original group as he continued practicing until the age of 84.  During the years from 1965-1970 He and Carole had four more children Michael, Anthony, David, and Daniel. Gerald had a deep faith in God and was dedicated to passing his faith and trust in God on to his family by modeling this in his prayer life and dedication to making sure all ten would get to mass no matter if home or away. He was a strong believer in the power of praying the rosary and would also dedicate his daily jogs (until he was well into his 75th year) as his time for praying and preparing for the challenges of the day as a father and physician.

Gerald loved his family and being with them whenever he could was his happiest time. Because there were eight children and to make getting away to experience the beauty of nature a little easier, he and Carole bought a home at Lake Arrowhead where they would spend forty plus years enjoying the summers and weekend jaunts in the fall and winter. He even made sure that as the family grew, twenty grandchildren in all,He bought a home right on the lake large enough so that everyone could be together.

Although Lake Arrowhead provided the perfect solution for summer getaways with eight children in tote, he loved to ski and the lift lines  and crowds of the local mountains were chaotic even back in the 70s. Snowmass, Colorado was a heavenly solution.  Jerry and Carole purchased a place and for the next 20 years they would pack up the suburban with skis equipment, eight kids and all the Christmas trappings where they would spend a week or two over the holidays.

Jerry enjoyed golf, tried his hand at fly fishing, and enjoyed traveling over the years. None of these activities could pull him away from his vocation and passion, practicing medicine.  While so many count the days until they can retire, Jerry truly desired to work until his final days on earth, a feat he came close to accomplishing.

After Jerry’s diagnosis, his final wish was met as he remained in his own home for his remaining days, receiving the Eucharist daily, and enjoying a stream of visitors both young and old, before finally dying peacefully surrounded by loved ones.

He is predeceased by and buried beside his beloved daughter Suzanne Marie Cara at Holy Sepulchre Cemetery.

Many thanks to all who cared for him physically and spiritually in his final weeks and days: in particular, the St. Joseph hospice nurses and  the priests of St. Michael’s Abbey, Fr. Leo Celano, Fr. Charbel Grbavac and Fr. Gregory Dick.  Special thanks to his son David whose steadfast patience and compassionate care allowed Gerald to remain in the comfort of his home.

Finally, thank you to all who were able to attend Gerald’s celebration of life on October 1st, 2020.