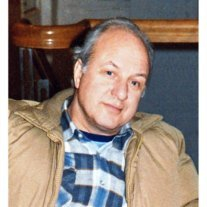 Gerald (JR) R. Ricciardi, 80, previously of Waterbury passed away in California on September 10, 2013. He is survived by his wife, Yvonne (Bunny) Ricciardi. JR and Bunny moved to Southern California in 2010.

Gerald was born October 21, 1932 to the late Gerald and Carmella Ricciardi. He lived in Waterbury most of his life. JR graduated from Leavenworth High School and received an Associate Degree from Mattatuck College.

JR served in Korea and received an honorable discharge from the Air Force as Airmen First Class. He then went to work as a Senior Communication Technician with Western Electric/Lucent Technology where he retired after 38 years of service.