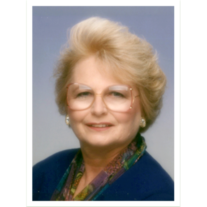 This is the Spiritual Faith Journey of Georgie Moore:

I grew up in CA with my sister, Joan, and three mothers: Aunt Lu till age 7, Gramma Sadie, a Baptist, who made me a good Catholic, and my mother, Grace, who worked at a job till I was 7. Subsequently, my mother married her second husband, Dennis Maher. Until I married I used his surname and was known as Georgie Maher.

I attended several elementary schools, but for grades 6, 7, and 8, I attended Immaculate Conception School, Monrovia, CA, which was taught by the Sisters of Loreto, whom I admired very much.

I then went to San Gabriel Mission H.S., and upon graduation in 1955, I entered the Sisters of Loreto in Kentucky. I made temporary vows for one year, but just before I was to renew my vows, I heard a distinct voice telling me to go home. Sister Superior and I made a novena of prayer, but the voice never ceased so I left the convent.

I joined the young adult group at St. Luke’s Parish in Temple City and soon became leader of the club. There I met my future husband Henry “Bud” Moore. We were married Feb.17, 1962 and had nine children. In 2016 we celebrated wedding anniversary number 54.

Over the years I worked at our parish, St. John the Baptist in Costa Mesa, in youth ministry and stewardship. Bud and I directed the RCIA for five years.

When our youngest child started school, I went back to college and earned a degree in Psychology at CSU Long Beach. In 2002 our youngest graduated from college so we sold our house in Costa Mesa and moved to Lake Forest and Santiago de Compostela Parish.

I thank my family, my friends, my fellow parishioners for all the love that you have shown me, and I will ask the Lord to send you all a gentle, loving smile.