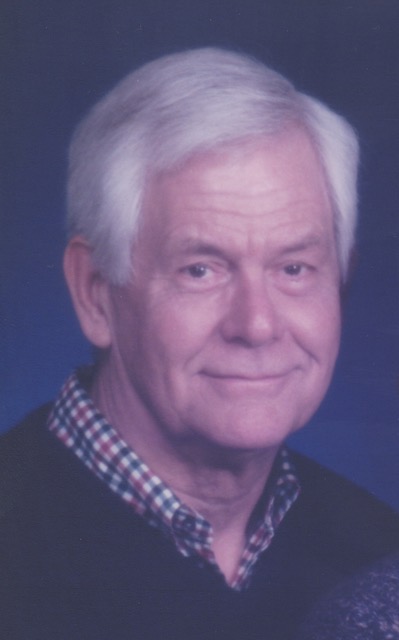 George Carlyle, the only son of George and Ruby Carlyle, was born on February 25, 1932 in San Antonio, Texas. He, along with his older and younger sisters, Kathlyn June and Lou Ann, also lived in Austin and Corpus Christi as children. His father worked as a barber for the US Navy, and his mother was a seamstress.

George attended college at Texas A&M, where he participated in ROTC and the Sul Ross Volunteers.  During his junior year, he attended a six week ROTC camp at the March Air Force Base in Riverside, California.  While there, he went to a “Stars and Bars” function at the Beverly Wilshire Hotel, where he met the love of his life, Mary Loretta Wilson.  Lu moved to Texas a few months later so they could see each other on the weekends, and they were married in Glendale, California, on July 11, 1953, right after his graduation.  They spent 67 years building a life together.  Everyone who knew them knew he was crazy about this outgoing Catholic girl.

George was a devoted husband, father, and grandfather. His six children, Carole, Jimmy, Wayne, Darrell, Craig, and Cathy, gave him much joy.  He dedicated his life to raising them, caring for them, and giving each of them a solid education. He adored his sixteen grandchildren and three great grand-daughters, and loved spending time with them any chance he got.

George had numerous interests. He was an actively engaged citizen and spent his free time faithfully reading the Wall Street Journal and writing responses to the articles that he found most interesting.

George’s love for music began when he played the French horn in the Corpus Christi High School band and orchestra.  This love of music continued throughout his life, and he thoroughly enjoyed sharing it with his grandchildren.  You could often find him playing his and Lu’s song “Somewhere Along the Way” by Nat King Cole.

As a converted Catholic, George was very committed to his faith.  He thoroughly enjoyed attending Our Lady Queen of Angels, and he loved nothing more than singing in the choir there as a tenor.

George had many jobs during his lifetime, from collecting cans and old tires as a child to delivering newspapers, delivering telegrams, working retail, being a soda jerk, selling shoes, and book-keeping.  He also spent two years following college in the US Air Force.  His main career was that of CPA, and he had his own practice for fifty-five years.

Among his many other interests, George enjoyed sailing around Catalina with his family, woodworking, traveling with Lu, rooting for Lakers basketball, eating ice cream and In-n-Out chocolate malts, photography, and writing his memoirs.

He will be deeply missed by his ever growing family members who will be forever grateful for his contribution to their lives.  Here’s to you, Gramps!  You’re a peach!