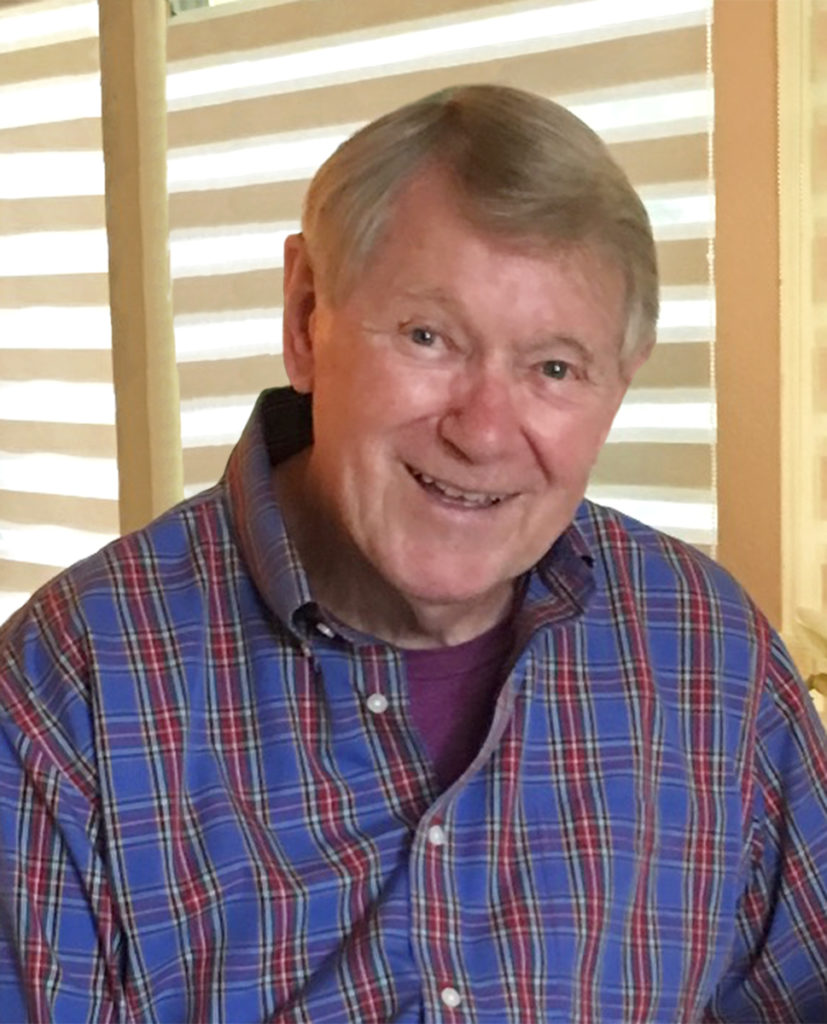 George John Juskaitis (Jurgis Jonas JuÅ¡kaitis) was born on Dec. 4, 1940, in Varlaukis, Lithuania to Stefa and Jonas Juskaitis. After the Soviet invasion in 1944, his family fled Lithuania and, for over a year, desperately tried to reach the parts of Germany occupied by Western powers. They ultimately made it to the displaced person camp in Hanau, Germany, where his family lived with other Baltic political refugees for five years.

In 1949 the United States granted visas for Baltic refugees, and the Juskaitis family ended up with a sponsor in Cambridge, Massachusetts. A year later, they settled in southside Chicago in a large Lithuanian community. He briefly attended St. Phillips Catholic High School and later, his family moved to Berwyn, where in 1958 he graduated from Morton High School at the young age of 17. It was here where Jay picked up his nickname, which stayed with him for the rest of his life.

Jay lived at home while attending the University of Illinois, the Navy Pier campus, for his first two years. After that, he went to the main campus in Champaign-Urbana, where he graduated in 1962 in Economics. In 1960, while peering over the dessert counter in the school cafeteria, Jay met his lovely bride-to-be, Rita Butkus. Jay never met a sweet he didn’t like.

In 1962 he followed his dream of living out in the “wild west” (where he was excited to hunt in the open space) and moved to Tucson, where he was accepted into the MBA program at the University of Arizona.  After being away from Rita for too long, he drove back to Chicago in his red Austin Healey 100 with the tonneau cover off. On June 16, 1963, Jay and Rita got married and after a sunburned honeymoon in Key West Florida, they moved to Rittman, Ohio where he worked for Packaging Corporation of America.  Eventually, needed to go back to Tucson to complete his graduate thesis.  The newlyweds departed Tucson in 1964 en route for Cincinnati, Ohio, where Jay landed a job with Monsanto in the packaging division.  Three years later, they had an opportunity to move their family out to sunny Mission Viejo, California, where they have lived for 50 years!

After a decade with Monsanto, Jay left for Georgia Pacific, and then several years later, he worked for Stewart Walker. In 2005, Jay retired from Amcor after having been in the packaging business for 40 years. Feeling restless during retirement, he started a consulting company called Packaging Management Associates – which still exists today.

Jay was a man of many interests and loved to share his opinion and passions with others. He was an avid sailor and crewed on many sailboats up until 2017. He loved having his family on board the Baltija, a Catalina 22, and taught his three children how to race Lasers at Lake Mission Viejo. He loved cars – reading about them, talking about them, driving them, owning them. Probably his most prized car was his first purchase with Rita – a honey gold 1965 convertible mustang, his three Austin Healey’s and the 2003 Nissan 350Z, which sits in the garage today.

To him, basketball was a religion, especially the Lithuanian National Team, and he was ecstatic when Lithuania beat the United Team of post-Soviet states in the 1992 Barcelona Olympics. When he and Rita lived in the Midwest, he enjoyed hunting fowl and small game. He loved to be outdoors with his family, hiking and backpacking in the Sierras, and swimming in the ocean. He loved Mexican food, Stilton cheese, dry sausage, herring (silkes), and enjoyed cooking a lamb stew exploring unique and often spicy ingredients- a recipe he could never duplicate. No cheese was too stinky for him and no taco too spicy. He was a voracious reader of everything in print: Sailing, Car and Driver, The Economist, and Money magazines were his staples. He read every section of the Los Angeles Times daily, which was part of his morning routine. All books on WWII, especially sea battles, were his most cherished reads.

But for most, it was Jay’s unyielding positivity that set him apart. Take that, and his bona fide interest in everyone’s own story that made him one of the most instantly friendly people you could ever meet. In short, if you met Jay Juskaitis, you liked him and he in return.

Rita and Jay would have celebrated 58 years of marriage on June 16. They were the love of one another’s lives and honored that every day together. Above all else, Jay valued family. He was a loving, thoughtful, and kind husband, father to Greg, Andrea, Andrew, grandfather to Lija, Anna, and Jay. His memory will forever live on through all the lives he touched. Whether it was a brief conversation with a neighbor while out for his daily walk, through a smile as he waved hello, or wise counsel to anyone who wanted it, Jay lived his life with a positive mindset, respect, humor, and generosity of spirit. As Anna wrote in a message to Grandma Rita, “He was an honorable man, and the love he showed us will forever live on.”