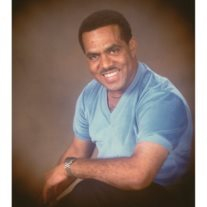 George Bush was born in Port Arthur, Texas to Elza Sr. and Rosa Bush. George was baptized at an early age and was an active member of White Rose Church of God in Christ during his youth.

In 1962, after completing an accelerated program at American School in Beaumont, Texas, George joined the U.S. Marine Corps and began his military training at Camp Lejeune.

In 1965, George married his middle school sweetheart, Shirley, and they began their life together in California. Between 2 tours in Vietnam, 7 re-enlistments, various relocations, and numerous deployments, George and Shirley had three daughters.

After 24-3/4 years of honorable service and various recognitions, George retired from the Marine Corps maintaining his residence in south Orange County, California. Once retired, George welcomed 5 grandchildren and was a shining example of strength as he battled various ailments.

George was called home on January 16th, 2014 leaving his wife, 3 daughters, 5 grandchildren, 1 brother and numerous family members and friends to mourn him.

George will be buried with full military honors on Tuesday, January 28 at 12:30pm at Miramar National Cemetery.