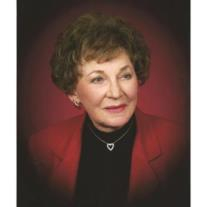 Genevieve (Gen) Mildred (Miller) Smith was born on a farm near Julesburg, Colorado on October 27, 1919 to Bernard R. Miller and Anna T. Michalek. She was the eldest of five children–one boy and four girls. Farming was difficult where they lived during the Great Depression, so her family moved to David City, Nebraska. Gen’s father, brother and Gen all worked as many jobs as they could find to support the family during this difficult time. Prior to the attack on Pearl Harbor, her father moved the family to California. During World War II, Gen worked as a temporary civil servant. After the War, Gen worked as a stenographer, private secretary, escrow officer, bookkeeper and junior accountant. She went to work in a real estate office in Anaheim where she first met her future husband, Leonard G. Smith. She left that job for another job after approximately five years. She worked as a Secretary / Bookkeeper for Rondel Homes for most of her career.

After Leonard Smith lost his wife, he contacted Gen and asked her to lunch at the Anaheim Stadium Club. The couple continued to date and after Leonard agreed to convert to Catholicism and their case was approved by the Los Angeles Diocese, the couple married, December 27, 1969. While married to Leonard, they were very active with the Anaheim Stadium Corporation as Leonard served on the Board. They often traveled to Spring Training in Palm Springs and rarely missed an Angels’ home game. The same was true for Ram games after the Rams relocated to Anaheim. Through this, they enjoyed time spent with the late Gene and Jackie Autry. Following their retirement, they relocated from Anaheim to Santa Maria and then to Rancho Santa Margarita. During their nearly thirty-two-year marriage, Leonard and Genevieve enjoyed their many travels around the world as well as time spent with their large extended family. They were very active in their communities and churches.

Her beloved husband, Leonard, passed away March 23, 2001. Genevieve continued to spend time with her family and travel with her nieces. She enjoyed trips to the theater, shopping, wine tasting and organized day excursions with friends from Park Terrace. She also enjoyed rides to the beach with her family and caregivers. She volunteered significantly at Park Terrace and at San Francisco Solano Catholic Church in Rancho Santa Margarita and served with dedication as a Lector, Eucharistic Minister of the Sick, on the Bereavement Team and participated in the 55 and Better Group and Meals on Wheels. She had many friends and was loved and respected by all who knew her. Genevieve passed away peacefully on October 20, 2015 in Laguna Niguel following a brief illness.

A Memorial Mass will be held on Tuesday, November 3, 2015 at 10:00 a.m. at San Francisco Solano Catholic Church located at 22082 Antonio Parkway, in Rancho Santa Margarita. Interment will follow at Holy Sepulcher Cemetery located at 7845 Santiago Canyon Road in Orange.