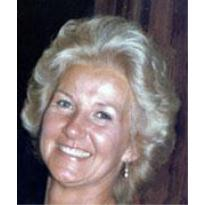 Fulton, Genevieve, was born as Genevieve Dresden on March 13, 1922 in Detroit, Michigan. She was the baby of the three daughters of William and Martha Dresden. After her parent’s divorce and her mother’s remarriage to James Valsano, the family relocated to Bisbee, Arizona. They settled into their new life with enthusiasm raising Herford cattle on their ranch in the 1940’s.

Genevieve met her husband, Lt. George Fulton, who was stationed at Fort Hauchuca. They settled in California and had three children, Dona, Cynthia and George, Jr. She was a wonderful wife and mother. Eventually the family grew adding ten grandchildren and three great-grandchildren. She was dearly loved by many and will be deeply missed by all.

Genevieve had many hobbies that she was accomplished at including sewing, knitting, gardening, golfing, horses and painting. But her main devotion was always her family.

A devoted Catholic, Genevieve will always be remembered for her laughter, her love and courage. She passed on to the Lord on February 18, 2007.