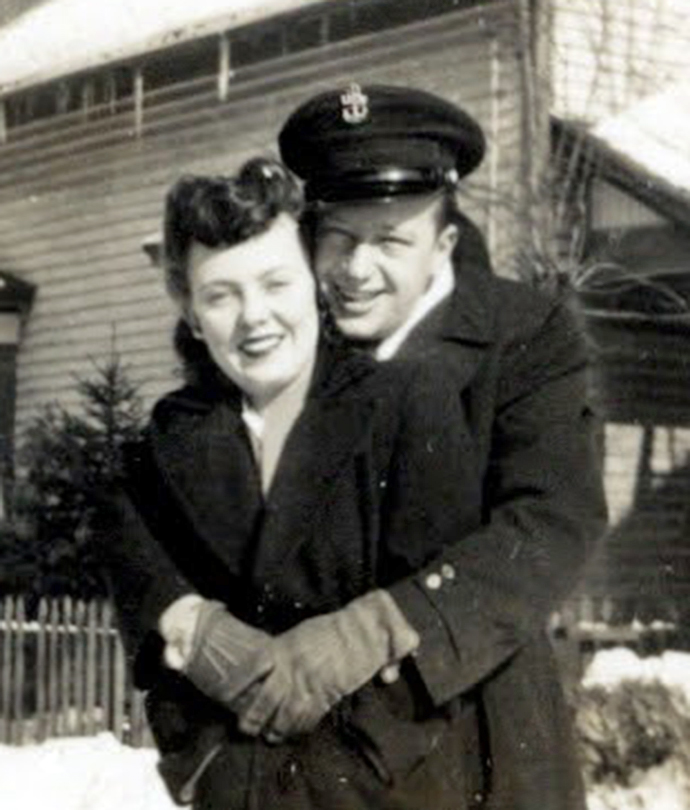 Geneva Mae Largent was born on November 10, 1924 in Pasadena, California.  She grew up in Los Angeles and attended Washington High School, graduating in 1942.

After graduation, Geneva met a Howard Bender, a handsome young sailor and Pearl Harbor Survivor.  The two romanced by letter, were engaged and then married on November 12, 1944.

They moved to Boston for a short time and later relocated back to Southern California.  Geneva worked as a school secretary for the Long Beach and Los Alamitos school districts.  She and Howard raised two daughters in their Rossmoor home.  Upon their retirement in 1979, Geneva and Howard spent their golden years traveling, camping, dancing, crafting, and enjoying their families and friends

Geneva passed away on July 9, 2018, just twenty-three days after her beloved husband.  Their 73 years of marriage, 2 children, 5 Grandchildren and 8 Great Grandchildren are a testament to their exceptional example of unconditional love and friendship.  Geneva is survived by her daughters Carol Lamp and Caryn Bender as well as Carol’s husband Michael, their children, Anne Marie and her husband Peter Galullo and their daughters, Natalie and Emily; Bobby and Ani Lamp and their daughters, Ruth and Victoria; Colleen Lamp and her son, Miles; and son Matthew Lamp; also, Caryn Bender’s daughter Cheryl, and her husband, Joseph Cericola, and their sons, Dante, Marco and Luca.

A celebration of life is planned for both Geneva and Howard on July 25, 2018.