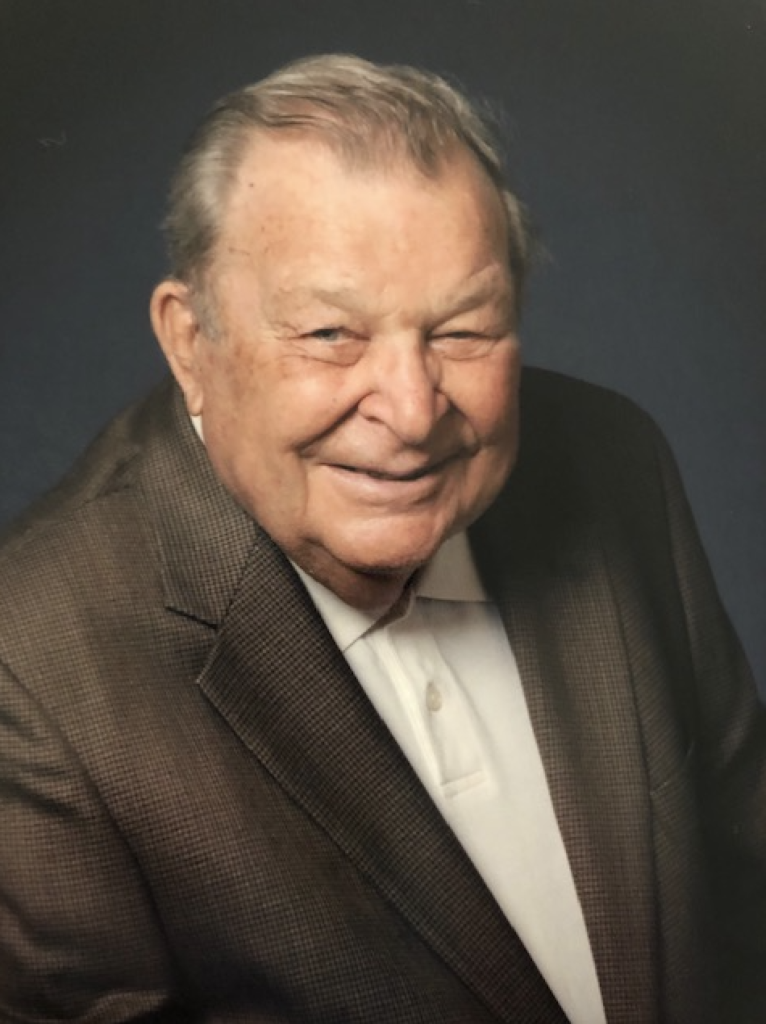 Gene Mario Prioli passed away on October 2, 2019 at the age of 91 after battling prostate cancer and Parkinson’s disease for many years. He was born December 4, 1927 in Stockton CA to John and Enes Prioli, who immigrated to the US from Italy. Gene grew up in Stockton CA and attended grammar and high school there.

Gene attended the University of California, Berkeley starting in 1945. Early on in his college career, he joined the US Navy and studied electronics, graduating to Radar Technician Third Class. He served on a US Navy destroyer, the USS Stickell. He received his discharge as Electronics Second Class, earning a WWII Medal of Honor. Gene returned to college in 1948, completing studies in Mechanical Engineering and graduating in 1951. In college, Gene was a member of the fraternity Sigma Phi Epsilon.

After thirty years as Superintendent of Steelmaking at the Bethlehem Steel Plant in Vernon CA, Gene transferred to the Bethlehem Steel Plant in Johnstown PA for six years. He was one of the early pioneers in high product steelmaking in electric-arc furnaces and voted to President of Electrical Metal Makers Guild in 1984. After retirement, Gene started a consulting career and traveled to various steel manufacturing plants in eastern United States, Canada, England, Germany and Turkey.

Gene married Nellie Davini of Stockton CA in 1957 and they were blessed with three daughters, Stefanie Zoellner (Robert) and Jeannie Bresnen (Jim) of Laguna Niguel, and Annette Lee (Guye) of Honolulu Hawaii. Gene has 5 grandchildren and one great grandson. He was preceded in death by Nellie in 2016. He is also survived by his brother, John Prioli (Illa) of Stockton CA.

In 1988, Gene and Nellie settled in Laguna Niguel CA and became members of St Timothy Catholic Church. After full retirement in 2000, he dedicated his time to other activities he enjoyed such as eating good Italian food, deep sea and fresh water fishing, traveling with Nellie, baking bread, growing bromeliads, roses and fruit trees and spending time with family and friends. He especially loved spending time with grandchildren.

Visitation will be held on Tuesday, November 19 between 6 – 8 p.m. at O’Connor Mortuary in Laguna Hills. The funeral service will be on Wednesday, November 20 at 10 a.m. at St. Timothy Catholic Church in Laguna Niguel. Interment will be Friday, November 22 at San Joaquin Cemetery, Stockton CA.