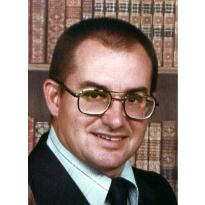 Gaylord F. Knapp, former City Manager of the cities of Cerritos and Lake Forest, passed away on March 8 from complications resulting from Huntington’s Disease. He was 65 years old.

Knapp served as Cerritos City Manager from October 1973 through March 1991. He is credited with transforming the City from its dairy farm origins into the balanced, well-planned community it is today. During Knapp’s 18 years as City Manager, major accomplishments in Cerritos included construction of the Cerritos Olympic Swim Center, expansion of Cerritos Library, and development of 24 parks, the Cerritos Civic Center, Cerritos Towne Center and the Cerritos Auto Square.

Prior to joining Cerritos, Knapp served as the Assistant Planning Director for the City of La Mesa for four years. He was also with the San Diego County Regional Planning Department for two years.

Knapp received his bachelor’s degree from San Diego State University in 1966 and completed course work for a master’s degree. During his professional career he served as a board member and treasurer of the Community Redevelopment Association of California. He was also a past chairman of the Southern California Joint Powers Insurance Authority of Southeast Los Angeles County Municipal Management Group. In addition, he had been an active member of the International City Manager’s Association and the American Planning Association.

Knapp is survived by his wife, Diane, and their two children, Lisa and Scott, daughter-in-law Elizabeth, and granddaughter Avery. A ‘Celebration of Life’ in honor of Gaylord F. Knapp will be held in the Cerritos Center for the Performing Arts’ Sierra Room at 10 a.m. on Saturday, March 29. In lieu of flowers, the family has requested that donations be made to the Huntington’s Disease Society of America, Inc. HDSA. Donations should be directed to the Knapp Family Fund and can be made through the HDSA website at www.HDSA.org or by mailing a check to: HDSA, 505 Eighth Avenue, Suite 902, New York, New York, 10018.