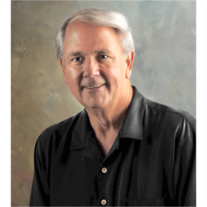 Gary Sparks — a hugely influential figure in the Southern California youth soccer landscape for the past 25 years and a beloved husband, father, and grandfather — died peacefully and unexpectedly in his sleep on Sunday, November 13, 2016. At just 71, he died much too young and will be sorely missed.

In the outpouring since his death, Gary has been described as “visionary,” “a towering figure,” “a giant” and “an ambassador whose passion and tireless efforts made the game more enjoyable and changed lives.” Gary wasn’t a perfect man, but he had a big heart and is seen as someone who stuck by his principles, whether you agreed with them or not. Most can agree Gary did care greatly about youth soccer and creating opportunities for others.

Gary was born in Santa Ana, California to Samuel and Dorothy Sparks, but later moved with his family to Arcadia, California. At Arcadia High School, he met his soulmate, Dixie. Together, they went on to Citrus College, then USC. Gary would later go to law school. Gary and Dixie married in 1968 and moved to Orange County a few years later. Together, they raised four children. In his early career, Gary was an entrepreneur trying his hand in a series of businesses from restauranteur to boat maker to real estate. His children fondly remember summers of motor home trips, driving cross country as they showed their Pony of the Americas (POA) ponies, where their dad was undeterred by any obstacle that popped up in their travels.

Gary’s soccer career began when he was elected to the volunteer position of vice president of the Coast Soccer League (CSL). Within a few months, he was pressed into service as president and served in that role for 7 years. In that time, CSL grew from less than 250 teams to nearly 900 teams, and was recognized as arguably one of the best and most competitive leagues in the nation. Gary never settled for the status quo – he always pushed to make things bigger, better and more impactful. In 1999, Gary became chairman of the CSL premier league, with a charter to provide an unequaled showcase for all of California’s best youth soccer teams to demonstrate their skills. It was a position he held until his passing. Now CSL features more than 2,600 teams. Many of those players from the CSL and Premier League went on to play collegiate soccer, enjoy professional careers and even play for the US national team. Gary also briefly ran the Anaheim Splash, a professional US indoor soccer team that played in the Continental Indoor Soccer League (CISL).

Gary leaves behind a family that loved him wholeheartedly and misses him greatly. Gary is survived by Dixie, his wife of 48 years, as well as his four children (Tiffany Sparks, Jennifer Beneke, Dan Sparks, Nick Sparks), their spouses (John McIntyre, Tim Beneke, Michele Sparks, and Honey Sparks), 7 grandchildren (Casey and Emily McIntyre, Luke and Ella Beneke, and Kaleb, Logan and Dakota Sparks), two sisters (Sheryl Stranahan and Lynda Sparks) and thousands of Southern California youth soccer players who played in the Coast Soccer League and Premier League. As one soccer club noted, “we are confident that he is roaming a more lofty pitch at this moment, a big smile on his face, thinking of a hundred ways to make it even better.”

Given how much Gary loved soccer and spent his time around soccer fields, his family felt it is only fitting to have a public memorial service for Gary on a soccer field. The public celebration of life for Gary will be held Monday, November 21 at 1 pm at the Rancho Mission Viejo Riding Park (Oaks Polo Fields) at 30753 La Pata, San Juan Capistrano, CA 92675. All are welcome. As Gary loved his Tommy Bahamas or Hawaiian shirts and all things soccer, we ask that you honor him by hearing a Hawaiian shirt or soccer jersey.

The family asks that in lieu of flowers, people consider donations or volunteering to special charities that were close to Gary’s heart – the J.F. Shea Therapeutic Riding Center (www.sheacenter.com or 949-240-8441), or TOPSoccer Cal South (contact scastillo@calsouth.com). The family is very grateful for the tremendous outpouring of support received since Gary’s death.