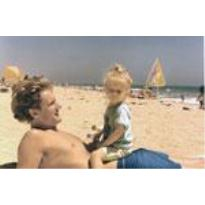 Gary was born Oct 24, 1946 in Warren, PA and grew up and lived his childhood years inYoungsville, PA. After meeting his beautiful wife, Patricia at Youngstown State University, the two of them decided to leave their families and moved to California in 1979 to raise their own family. Gary opened his own business, Commercial Fence & Iron Works in 1986, which currently operates in the city of Norwalk, CA. While successfully managing his business, he was also an active member of the Southern California Chapter of the American Fence Association. After completing his work at the state level, Gary moved on to become the president of the American Fence Association, a national organization, where he inspired others to look forward at what the fence industry could become. During his presidency, Gary championed the unification of the local and national chapter as well as established the association’s first scholarship program. Gary’s hard work and unparalleled professionalism will be carried on by his family as they continue to run Commercial Fence & Iron Works with the same enthusiasm Gary displayed.

Gary is survived by his wife, Patricia; daughter, Candice; sons, Aaron and Erik; his three grandchildren, Andrew, Noah and Haleigh. Gary was preceded in death by his daughter Alysia.

Gary lived his life in service of others. Throughout his 60 years, Gary played the role of husband, father, grandfather, brother, uncle, coach, teacher, mentor and friend. There were many that considered him a father although they may not have been related. He was always first to volunteer for church functions, school fundraisers and industry related programs. Gary’s circle family and friends extends beyond imagination.

Touching so many lives without ever asking for anything in return was Gary’s way of showing all of us the teachings of His Lord, whom has graciously rejoined Gary and his daughter Alysia in eternal happiness.

Thank you Gary for everything you did for us. We miss you deeply!

A Funeral Mass will be held on Thursday, November 30, 2006 ~ 10:30 am at St. Kilian Catholic Church in Mission Viejo, CA. Graveside Service will immediately follow at Ascension Cemetery in Lake Forest, CA.

In lieu of flowers, donations may be made to the following choices: