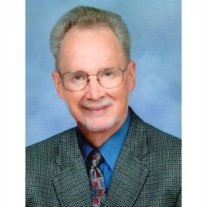 Garland “Gene” Beauchamp passed away peacefully in his sleep August 31, 2013 after a valiant 3-year battle with ALS (Lou Gehrig’s disease). He was the gentle patriarch of our family. His strength was in leading by example a life of humble dignity and loving service to others, always with a humorous positive outlook on life. He will be dearly missed by family, friends, and associates. We know he is in a better place now, unfettered by discomfort and physical impediments.

Gene was born March 17, 1930 to Ruth and Floyd Beauchamp in Kellogg Idaho during the Great Depression. He grew up in a 1-room house with his parents, older sister Vera and his brother Bill on a hill in the mining country of northern Idaho. He found adventure, fun and opportunity in and around the mine shafts and the surrounding wilderness. He played trumpet in his high school band, was on the football team, graduated as the class valedictorian, and earned his way to college by working in the mines.

He graduated from University of Montana in Missoula (previously known as Montana State University) with a Bachelor’s degree in Journalism in 1952 and a commission in the Army through ROTC. Shortly after graduation, he served as a 1st lieutenant in the Army at the end of the Korean War. After the Armistice, he was assigned to a United Nations team in Thailand to help evacuate “Nationalist Chinese” out through Burma to Thailand.

After his honorable discharge, he worked as a newspaper reporter and then city editor for the Imperial Valley Press in El Centro, CA for 3 years. His adventures as a reporter included flying with the Blue Angels and riding aboard the USS Nautilus, the Navy’s first nuclear-powered submarine. He then worked at the San Gabriel Valley Tribune for 13 years as a news editor, then assistant managing editor. Gene finished his career with 23 years at the Los Angeles Times, Orange County Edition, serving as copy editor, assistant news editor, and copy desk supervisor.

While in the service, Gene courted his former high school classmate Pauline Ann Deggendorfer through the mail, and they married in January 16, 1955. They started a family soon after with Jan, Dave, Theresa, Pete, and Kristy. Gene and Pauline created a nurturing home environment for their children and friends, and became the home away from home for many foreign college students. They loved learning about and experiencing diverse cultures, first through their family of foreign students, and then through their own travel abroad in Africa and Europe.

Gene was a mentor and role model for many through his lifetime of service and giving, always a calm steady presence to serve as both anchor and guide for others. He continued this service ethic after retirement with his commitment to programs like “Meals on Wheels,” Shanti (HIV/AIDS service program), church choir, among others.

The vigil will include a 20-minute Rosary and then a celebration of dad’s life with family and friends giving brief eulogies/tributes.

Reception to follow immediately after the funeral mass at the church social hall.
This will be an additional opportunity for brief tributes.

In lieu of flowers, the family requests that any donations be sent to the:
ALS Association, Orange County Chapter
1232 Village Way
Suite A
Santa Ana, CA 92705
(714) 285-1088
http://weboc.alsa.org/site/PageServer?pagename=OC_6_you_can_help