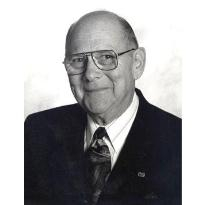 Frederick Kushner, 94, an 18-year resident of Laguna Woods, died September 8, 2009. Dr. Kushner was born in Vienna, Austria. He was Dean of Illinois College of Optometry in Chicago, served as President of the Iowa Optometric Association, Chairman of the Board of Trustees of Illinois College of Optometry and had a private optometric practice in Sheldon, Iowa. He is a 50-year member of Kiwanis serving as President in Iowa and at Saddleback.

He is survived by his wife of 67 years, Doris; three children, Kitty Edler of Palos Verdes, Ken Kushner Bebe of Camarillo and Roxane Moore of Mission Viejo; five grandchildren, Rick Edler Dee of Palos Verdes, Erika Moore of Aliso Viejo, Kenny Kushner Bethanee of Ventura, Danielle Kushner of Oxnard and Charles Moore of Mission Viejo; and seven great-grandchildren. He was preceded in death by his sister, Emmy Altbach of Laguna Woods; his grandson, Mark Edler; and his son-in-law, Rich Edler.

The family requests that any donations in his memory be made to: The Compassionate Friends, P.O. Box 3696, Oakbrook, IL 60522-3696, www.compassionatefriends.org.