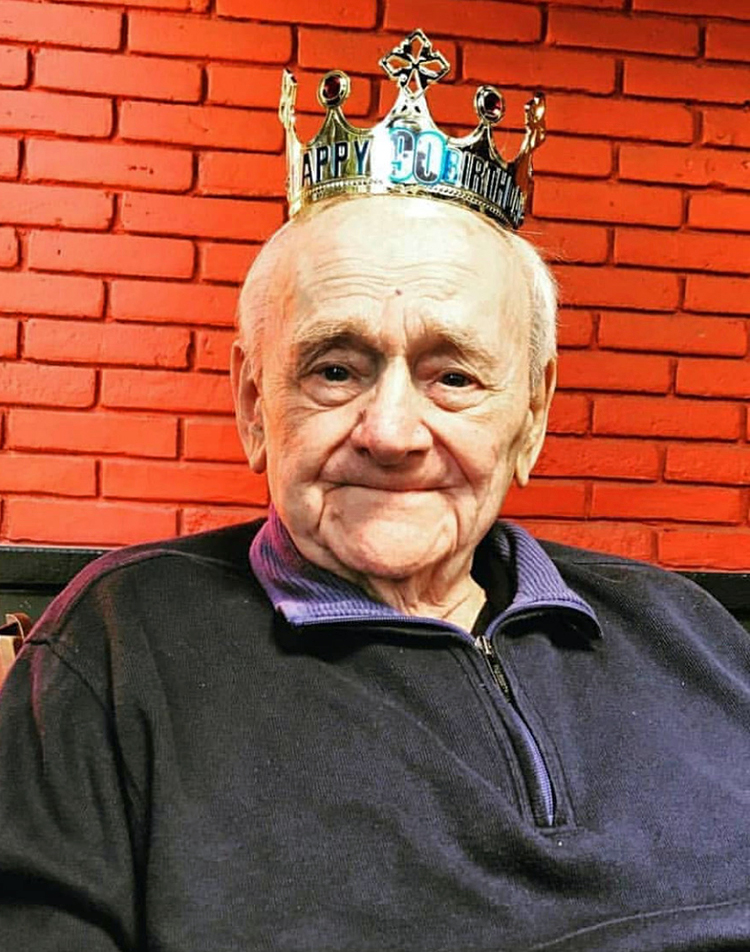 Born in Peoria Illinois on April 5, 1929, at 9pm ST Francis Hospital, His birthday would fall on Easter Sunday quite a few times during his life. Easter Fell on March 31, 1929 and his birthday was always celebrated in the spirit of Easter.

Currently the name Frederick Albrecht has been given to the first-born son for four generations, middle names do differ except for his son Fred was given the exact same name.

Our family has been gifted with Gods grace and the Fire of the Holy Spirit that resides in our souls to this day. We have some late bloomers recognizing the fire of the Holy Spirit, told they can run but cannot hide. Dad made sure that God and Prayer and Faith are a life priority and, in most cases, then not he would include this in his fatherly advice.

Dad would speak often about his two uncles who were Franciscan Priests, Father Fidelis Albrecht in Kansas City and Father Aloysius Albrecht was in San Angelo, TX.   Both have since passed.

Dad would do plastering and custom building of houses in Illinois bringing a bit of California Flair to them, getting it from recent visits to the west coast.  He was the Monet of plastering as his hands must have been blessed with this talent.

Dad would reflect on his childhood often referring to the great love of his dad and his dads love of God and the relationship his dad had with God.  His dad was in a tragic car versus train collision Dad was around age 20, leaving his mom with four children still at home. This was a great loss for him and the entire family. His father, our grandfather walked with God during his life, those who knew him say he was a Saint. The gift of love and light that God gave him still exists in the hearts of all who knew him and even those who did not.  Just the stories of love for neighbor and for all creation, dad passed this on as well as he could. When we were young, we would all enter Dad & Moms room and kneel on the side of the bed and say are prayers for the night.  He tried to follow the example of his father and went to church daily. He fell away from the church later in his life, God remained in his heart until his death.

He was named at the time of his Baptism on the 19thday of April 1929, at Sacred Heart Catholic Church, Pekin, Illinois.

A short list from his baby book of gifts he received

His mom referred to him in his baby book as Sunny Boy.

He has a big family, Fred was the first Boy in the family being second to his Sister Marilyn, then came Bob, Jack, Florene who died as an infant, Norma and Larry and lastly Christie. Aunt Norma and Aunt Christie are the only two that have survived Dad.  They are some of the most loving women alive.

Dad was in the scouts as his Dad was a silver beaver, Dad loved music and dancing and he had a weakness for pretty women. He played the drums and his siblings also played musical instruments. Dad was in a band in high school and stuck with the drums. Dad worked with his father and helped build St Josephs Catholic School, that I and my siblings attended. Dad was a knight, in the KC. We always had catfish for lent.

Dad was into Boxing and claims he had won the golden glove once. Wrestling, he did play some football and some basketball. Loved to swim and had a pool in just about every house he built.

Dad married twice and had a litter of four with each wife, four girls named Judy, twins Jeanie and Joan, and youngest of the four Jeri.

Dad married the second time, and this set of four are Freddy, Jane, Joanne and Jennifer. So, prayers were a tongue twister with all the Js. Joanne passed away in 2007.

Dad did not like the cold and during his second marriage with us children moved to California in 1978, where we were not met with a warm welcome. Our UHAUL trailer with the little we brought to California was stolen and we literally had to start over with nothing but the clothes we had in the hotel room and two cars.  He worked hard and had many trials in his life. Once in California his life started a new chapter and did take another path as he got older.

He divorced shortly after moving to California and the family went separate ways. He lived alone for years and was fine. He took small plastering jobs and his love for music, dancing and pretty women was a big part of his life. He had a great sense of humor and could tell a good story, but we would have to fact check him with Aunt Norma most of the time. And as I am writing this letter.

As he grew older and stopped working, he moved in with me off and on for years. I would complain because it was hard living with him. He was not the neatest man, and everything was usually dirty or messy. He was a big man and often too heavy for my furniture. They just do not make that stuff like they used to. God Bless him.  our small family out here in California would be together as often as possible. When we end our calls or visits, we always let each other know that we love them.  He helped where he could anytime any of us would ask. He would go out dancing every chance he could. He always bragged about his beautiful daughters. He always let us know how lucky he was to have such beautiful daughters. Especially late in his life. He was proud of all his children, especially with his only son putting himself through college and becoming a doctor and raising a beautiful family of his own.

He was involved with his grandchildren here on the west Coast, unfortunately we were only able to have few visits with the other set of girls and their families. They were in touch a lot through cards and pictures through the years.

Much later after moving to California we started to reunite with the family in Illinois, and what a blessing that was. Their love and support reach all the over here. We are so lucky to have them in our lives once again.

His first set of girls live on the East Coast except for one in Las Vegas, Jennifer and I live here in Southern California.  Our brother in Washington State who will not be able to attend for fear of Covid and the chance of spreading it to his already ill patients.

Dad was a very loving and God-fearing man. he always said, “Do not worry about me, I have had a good life.” He was his own boss; he did what he wanted to do and lived life. He was a bit stubborn, he worked extremely hard and what amazes me the most is his strength of mind and spirit. In his last years being sick and in and out of the hospital, having a leg amputated and living with afib. He bounced back and kept going. He would pray every day for everyone, and he even had the number of prayers and how many years he prayed that number.  God was always in the center of his life, no matter where life had led him. This Covid thing did not allow us to be with him. He will be sorely missed; he was my daddy and he was a big part of my daily routine. I know he is with Jesus and I am at peace because of this. Our hearts are broken with not being able to talk with him or hug and kiss him and all the other things that come along with being with someone you love. I am so thankful to God for his gifts during this hard time and throughout our lives. 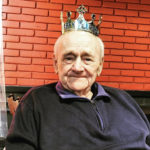 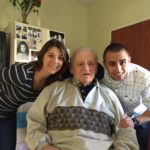