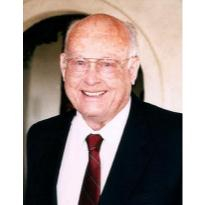 Born in Twin Falls, Idaho, in 1916, Frank grew up in a loving and nurturing home where Frank’s farther worked as a veterinarian. The Keneleys moved to sunny Long Beach, California where Frank fell in love with the Hollywood and the silver screen. He would often reminisce about his experience working at MGM, Warner Brothers, and Paramount Studios where he worked on two of the most memorable movies, Gone with the Wind and The Wizard of Oz.

In 1943, he enlisted in the U.S. Army Air Corps, where he hoped to become a pilot but instead was assigned to become a flight navigator. After graduating from navigation school in Austin, Texas, he was commissioned a second lieutenant and assigned to the 91st Bomb Group. Classified as a heavy bombardment group, the 91st operated B-17 Flying Fortress, called ‘shoo Shoo Baby,? named by her crew for a song of the same name made popular by the Andrew Sisters. Frank flew over 22 combat missions over Germany, where their objective was to destroy the German war machine with the Reich. One of his harrowing missions was to destroy an aircraft parts plant in Eschwege, where he was shot down by a Luftwaffe fighter. Frank and two other crewmen were able to bail out before the plane disintegrated, killing the rest of the crew of ten.

That night Germans captured Frank and his remaining crew where they became Prisoners of War for thirteen months at Stalag Luft III, a prison camp for flyer southeast of Berlin. Frank lost fifty pounds and nearly lost his leg from wounds received during the crash. Finally in 1945, the camp was liberated by American forces lead by General George F. Patten, whom Frank remembers standing close to.

Returning home he graduated from USC, School of Pharmacy in 1949. He opened a pharmacy in South Laguna Beach where he provided health advice and services to the community for nearly 36 years.

As a United States Air Force Veteran of World War II he would share his many memories about his missions and time he spent as a POW. His passion for aviation and his 91st Bomb Group always stay strong in his heart. Frank will be remembered as a hero. He was beloved by all, and will be sorely missed by his friends, family, and his beloved dog, Ginger.

Mr. Keneley was preceded in death by his father, Frank, his mother Gertrude and his sister Dorette. He leaves behind his brother, Vard.

He is survived by his wife, Hilde; two daughters, Suzi and Robbi. He also leaves behind one granddaughter, Shannon.

The family invites all Frank’s friends and family to come and celebrate his life with them, and request that instead of flowers, donation be made in his name to Susi Q Laguna Beach Seniors or The Ark of San Juan Animal Rescue.

Services will be held this Friday at 7:00 p.m. at O’Connor Mortuary in Laguna Hills.