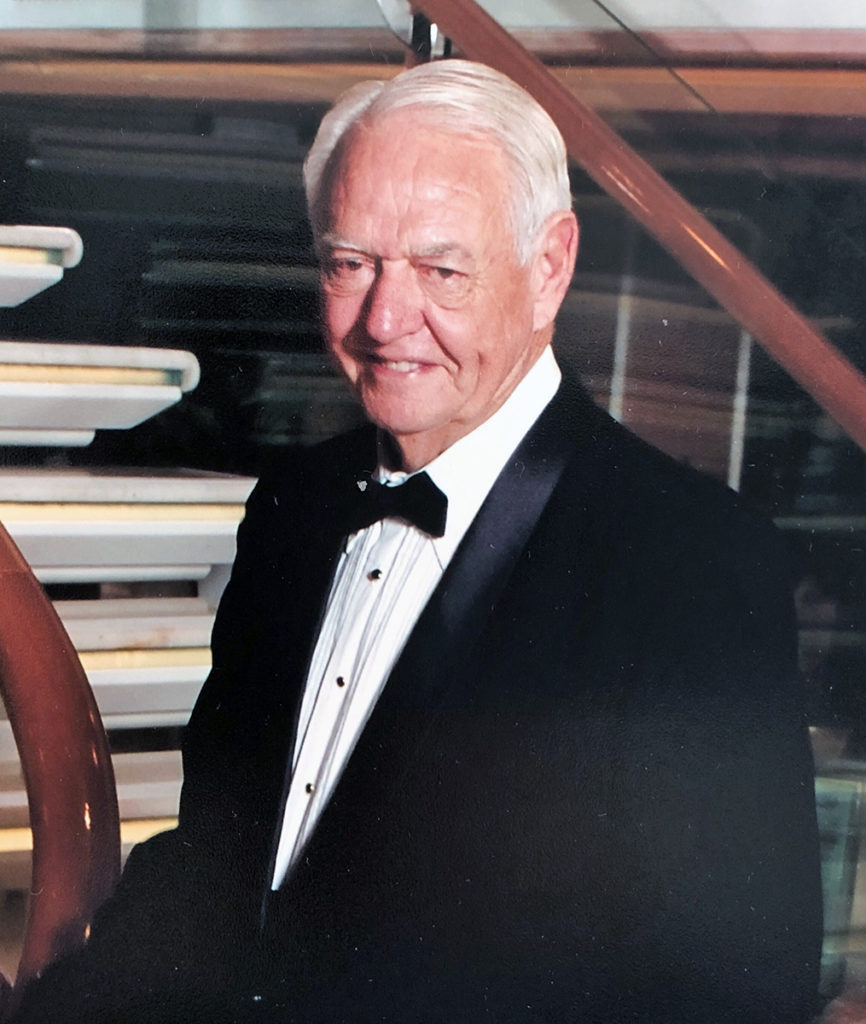 Frank was born in Webster City, Iowa and moved to California when he was twelve years old.  He attended San Bernardino High School and upon graduation he enlisted in the U.S. Army.  Following his discharge, he began his engineering studies at University of California Berkeley where he was a member of Chi Epsilon and Tau Beta Pi. He graduated Summa cum laude in 1953 and began his career at the family firm of Currie Engineering Company in San Bernardino.  The firm was noted for its specialization in water, wastewater and storm drain systems. In 1980 the firm was acquired by Van Dell and Associates and became the Currie Engineering division. Frank became chief engineer and senior vice-president.

He is survived by his wife, Jo, his children Donald Currie and Cathleen Hunter, five grandchildren and two great grand children.