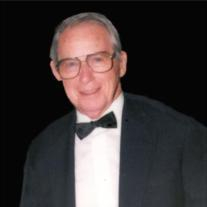 Notes on the Life of Frank Burnett

Frank Loyd Burnett was born in Glasgow, Missouri, a small town on the banks of the Missouri River on 3/23/20.

When he was 1 ½ years old (his only sib, his brother was 3 ½ ), their father was killed by lightning. This tragic event overwhelmed Frank’s mother so the boys were divided and cared for by their extended family. Eventually their mother was able to care for them again and the three of them moved to Ashland, Missouri.

His uncle had a cattle ranch and Frank and his brother worked for him. Frank was driving a truck when he was 13 and one trip was driving a load of cattle from Ashland to Kansas City.

In 1942 as a 22-year old husband to Nell and father of Don, Frank joined the Army. He continued his military career for 20 years as a soldier and an officer and continued to work for the Army as a civilian at Hughes Aircraft for twelve more years.

During the war years he was in Greenland and monitored the activity of the German Submarine Base nearby. He told of building snow huts when needing to go out in wintery conditions to look for lost soldiers. He also recalled being on a ship early on his first trip to Greenland and it being so crowded some men had to sleep on deck. It was so cold some died from exposure.

Frank had a close call with the USS Dorchester. Soon after he left that ship it was attacked by a German U-Boat off the coast of Newfoundland’only 230 of its 904 survived. There is a famous story about the event called The Immortal Chaplains’referring to the four Army chaplains on board. When the ship was sinking they were distributing life jackets. There were not enough so each chaplain took off their life jacket and gave it to another man. They were seen and heard by survivors in lifeboats standing arm in arm praying and singing hymns as their ship sank.

In addition to living in Greenland, Frank lived in Korea, Japan and Germany during his military service.

Throughout his life he has been active in his local church and taught Sunday School when living in Texas.

They were also interested in politics and attended the 1974 Republican Convention in Kansas City where Frank was a delegate from CA.

Frank and my mom, Lola, were introduced by mutual friends at church in 1993. October 30th will be their 18th anniversary!

When Frank married my mom he was introduced to dozens of new family members. He was gracious and seemed to enjoy our big family events. He was willing to be a babysitter for Lola’s great grandchildren on many occasions. One favorite outing was taking the little ones to San Diego on the train.

Our family enjoys traveling and Frank brought a new experience to us. He had been on many cruises by the time he joined our family so with his encouragement we took our first cruise and have enjoyed many other cruises together’sometimes with many other family members!

During these past 18 years there are probably very few days when Frank and my mom were not on the road someplace! He never liked staying home, so whether it was a trip to a foreign country, a motor home trip to Missouri or their frequent trips to Dana Point, Frank was a man who liked to be on the move!

This was true until the last few weeks of his life. There were days when he could hardly get out of bed, but when he did, he wanted to go for a ride!

Fortunately, my mom likes to be on the go, too!

Frank was a loving husband and companion. He and my mom had a wonderful time together. He was a thoughtful, considerate gentle man. Because of Frank we have many wonderful memories.