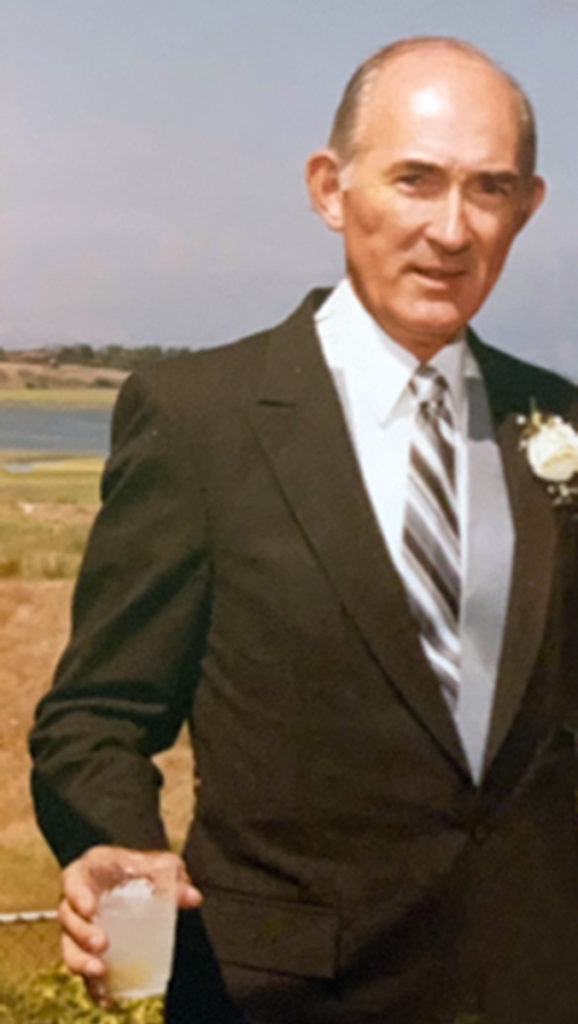 Mac served in the US Navy, and was a Bronze Star WWII Veteran who was stationed on the U.S.S. Shelby in the South Pacific, where he took part in boxing with his fellow shipmates and delivered the marines to the battle of Okinawa.

Mac moved to San Francisco with his late mother, Maggie McGovern, and his brother, Jack McGovern, where he was a trolley conductor for a short time before attending college on the GI Bill.

Mac played football and baseball at Menlo College prior to transferring to Stanford University. He graduated from Stanford in 1953 where he met his wife of 64 years, Margaret “Peggy” Sax McGovern.

Mac was the Regional Vice President at Union Bank for over 30 years where he played many rounds of golf and exchanged wise cracks with his numerous friends and colleagues. He was an excellent athlete and golfer, and continued his golf game with new friends at Casa del Sol and Laguna Woods through his mid-eighties. As an avid Red Sox fan, one of Mac’s greatest thrills was watching the Red Sox win the world series in 2004 and 3 times since.

As Mac would say, “to make a long story short” – he leaves a legacy of his love for the Red Sox; sarcasm and wicked New England sense of humor; passion for life, vodka martinis, and lemon cake; and love for all people. Everyone who knew him thought he was “one helluva guy”.

He is survived by his wife, Margaret “Peggy” Sax McGovern; his brother, John “Jack” McGovern; his children John McGovern, Michael McGovern, and Julianne McGovern Mello; his grandchildren Maggie, Melissa, Frankie, and Brian. In lieu of flowers, donations can be made in his name to Elizabeth Warren 2020.