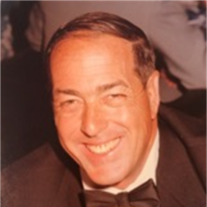 Forrest K English, age 90 passed away at home in Newport Beach California on August 15, 2017, surrounded by his loving family. He was extremely courageous during his long illness. ‘Woody’, as his friends and family called him, was born on April 7, 1927 in Philadelphia.

He was a graduate of Rensselaer Polytechnic Institute in Troy, New York and also studied for his MBA at the University of Southern California. He founded the Epsilon Chapter at Rensselaer Polytechnic Institute. Woody was president and CEO of California Electronic Marketing. During the late 70s he was on the planning commission for the city of Villa Park. He enjoyed traveling and often lead tours around the world with friends. He was a talented chef and an excellent host.

A mass will be celebrated Thursday, August 24,at 11am at Our Lady of Mount Carmel Catholic Church. 1441 West Balboa Blvd., Newport Beach, CA. A lunch reception will be held immediately after at the American Legion across the street. The family invites you to wear Reyn Spooner or Hawaiian attire to the services in honor of “Woody”.