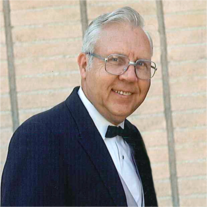 Forrest Edmund Baker-died peacefully, at the age of 91, holding the hand of his youngest daughter on the morning of Friday, June 23, 2017. Aptly named by his parents Anna Paarmann and Clarence Baker, Forrest grew up with a love of nature and enjoyed spending much of his time fishing and camping in rural Grant Pass, Oregon. Much to the chagrin of his 5 children, Forrest’s penchant for camping never dwindled. Still, the family maintains many fond memories splashing in rivers and searching for sticks in the Oregon wilderness.

At the bright young age of 18, Forrest was drafted into the 8th Cavalry Unit of the US Army. The Army, in its infinite wisdom, assumed that his brawn, country boy stature translated into graceful horsemanship. Unfortunately, they were wrong. His first step into a stirrup in an attempt to mount an army-clad stallion, was met with violent resistance. The horse bucked and Forrest was launched over the animal and landed on his ass, much to the consternation of his commanding officer. He was promptly transferred to the infantry.

As a soldier, he was trained to use an M-1 rifle and shipped off to the Philippines as a private 1st class light mortar crewman. He fought in the Battle of Luzon, which liberated the Philippines towards the end of WWII. He earned the Philippine Liberation medal, two Bronze service stars, The Good Conduct Medal and the Asiatic Pacific Victory medal. Shortly after his tour in the Philippines, he was deployed to Japan where he earned the Army Occupation Medal. Forrest was honorably discharged in August of 1946. He spent his new civilian life working at a logging camp in Martinez, California while he waited for his acceptance to Oregon State University.

Forrest earned a Bachelor’s Degree in Geology from OSU (Go Beavers!). Fresh out of college, with degree in hand, he moved to Los Angeles to accept a job with the Union Oil Company. It was here in sunny Southern California that Forrest met and married the love of his life-Patricia Baker.
Shortly after getting married, Pat and Forrest moved from a South Pasadena apartment to a brand new home in El Monte. It was here that they began to raise their family of five. Pat’s first son Phillip was born in November 1956, followed by Doug in October 1958 and then Dave in April 1960. Tired of being surrounded by so much testosterone, Pat finally brought more girls to the world with the birth of Diane in March of 1962 and finally Nancy in January of 1964.

Forrest was famous for his innovative handiwork around the house. True to his signature Baker style, Forrest was no stranger to a good piece of duct tape, elbow grease, ingenuity and permanent marker labels. He was often found tinkering with things in his garage whether they needed to be fixed or not.

Forrest and Pat moved to San Clemente to spend their retirement in consistently 72-degree weather. Forrest enjoyed taking his daily walks around the neighborhood, often accompanied by a leash-less poodle. He could be seen cruising around town in his big, green truck with a license plate affectionately labeled “PATN4ST.” In the evenings, he would enjoy a nice scotch, sitting in the backyard with his wife, as they watched the many breathtaking sunsets fade into dusk over their bountiful, hand-dug garden.

Forrest lived a long life full of travel, adventure, stability and family. The legacy of the Baker bunch has left a remarkable lineage of grandchildren along with a diverse and loving family. His gentle nature will live on through his family and his booming laugh will forever echo in our hearts.