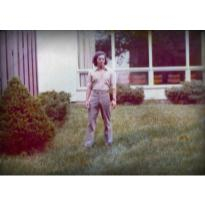 On Monday, August 4, 2008 Floyd Sammy passed at 3:07p.m. at Saddleback Memorial Hospital. He was born on March 12, 1953 in Trinidad, West Indies. He graduated from the University of Wisconsin with a Masters in engineering. He spent 28 years employed in the aerospace industry at McDonnell Douglas/Boeing.

He is survived by his wife Leila Singh, his two daughters Jade and Fawn Sammy, his parents Theodore and Esther Sammy, his sisters Floretta and Carlene, and his brother Kenwyn. A vigil will be held Friday, August 8, 2008 at O’Connor Mortuary in Laguna Hills at 7p.m. His funeral mass will be Saturday morning at St. Killian’s Catholic Church in Mission Viejo at 10 a.m.