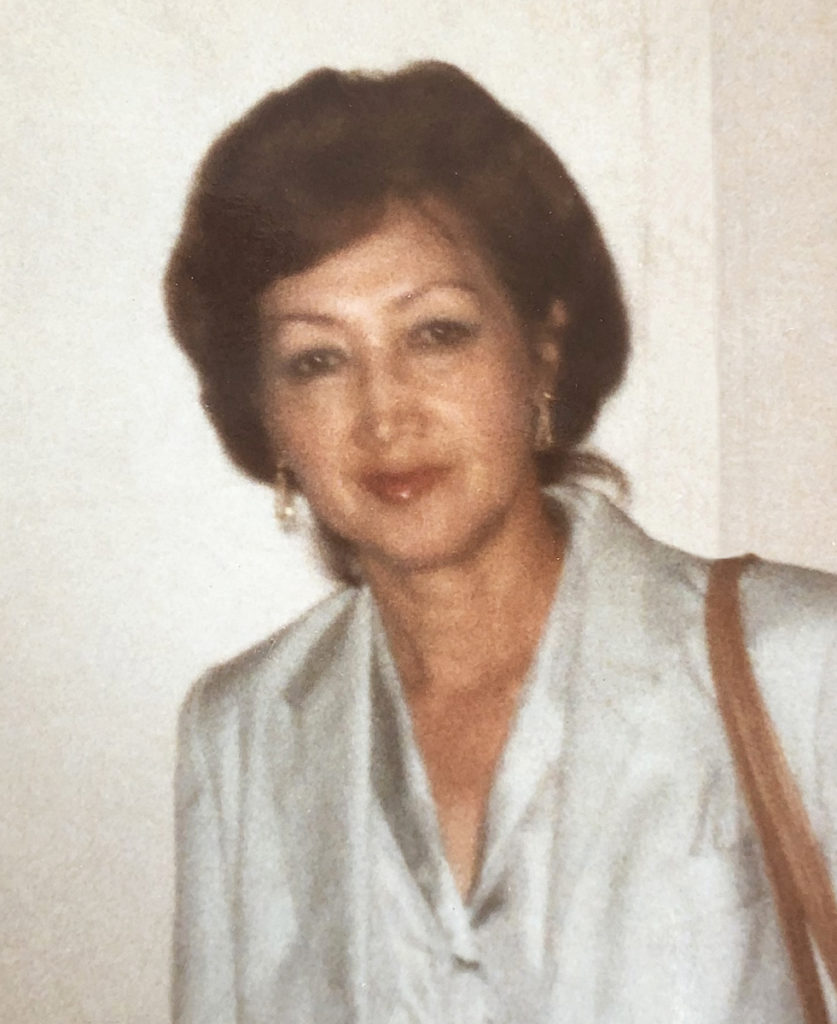 Florence was born on July 16, 1930 in Wailuku, Maui, Hawaii to William and Emily Ayers. She was the third youngest among six sisters and two brothers. She graduated from Saint Anthony High School, Wailuku, in 1949, and then graduated from the Saint Francis Hospital School of Nursing, Honolulu, in 1952, becoming a Registered Nurse” her lifelong profession. As an RN, she rose quickly into positions of responsibility, from charge nurse to shift supervisor to head nurse, Director of Nursing and, ultimately, was promoted to Assistant Administrator of Nursing at Saint Francis Hospital in Honolulu. Later in her career she was the Director of Risk Management at FHP Hospital, Fountain Valley, California. The “secret” to her success was simple hard work, being organized and always being prepared. She took pride in her career accomplishments and, in retirement, would not hesitate to remind anyone of it if she ever felt slighted.

Florence was a dedicated, selfless mother who raised a son and daughter as a single mother throughout most of their lives. She worked tirelessly to provide for them and to be sure that they never wanted for anything. She was also a dedicated, hands-on grandmother to her three grandchildren, helping her daughter and son-in-law to raise them from birth through to adulthood. She moved with them to Dana Point, California and always lived nearby, sharing holiday celebrations and joining them on family travels everywhere over the years.

Florence, our mother, was the hardest working person we have ever known. Even in retirement, she always rose before the sun to set about the day’s chores, which tended to center around work in her garden, her pride and joy and singular passion. She would often keep working in her garden until well after sunset in order to complete a task. “I just came in from working in my garden,” she would confess over the phone, with impish pride, well after dark. Her mother was similarly a passionate green thumb and this shared interest undoubtedly connected them. Florence loved to browse through books on landscaping in order to gain ideas for her own garden, then set about to change things up and buy new plants in the never-ending evolution of her garden. And she always maintained a small slice of Hawaii by planting lush tropical Hawaiian plants like giant hapu’u tree ferns, colorful ti leaves and fragrant ginger. She was also a talented cook, known for her Hawaiian-style macaroni and potato salads, fried rice and many tasty signature local Hawaiian dishes. She also loved music, especially Hawaiian melodies from the 1950s and 1960s, and loved to play and sing along to her favorite tunes. Later we would find out she was quite an accomplished yodeler back in high school.

In her later years, she constantly spoke of “moving back to Hawaii,” which she considered her true home. More recently, she would say “I miss Mama,” her mother, and wanted to visit her. She wanted to return home in her death to rejoin her mother, father and departed siblings and we will honor her wishes. Florence leaves behind a son, Jon Rishi, and daughter, Sabrina Linnemann, son-in-law Gary Linnemann, and three grandchildren: Rachael, Ian and Claire Linnemann. She is also survived by two sisters, Geraldine Moriki of Kaneohe, Hawaii and Loretta Nagamine of Kahului, Hawaii.