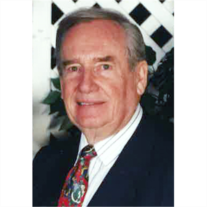 A California native, Everett was born and raised in Vallejo, and at 17 joined the Navy as a medic. After the war he attended college at USC, and in 1952, met and married his wife of 63 years, Odessa.

He began his professional career at Sparling Meter Company, (selling the first water pumps to Disneyland before they opened the gates) and then worked for many years in sales at the J.C. Carter Company, Worthington Pump and Royal Industries. He started his own cryogenic pump manufacturing company, Cryodynamics, Inc. in the mid-70’s in Tustin, CA, where Everett and business partners Gunars Udris and Louis Weisser built a thriving business manufacturing cryogenic and LNG pumps. After relocating his company to Sacramento in 1979, Cryodynamics was purchased years later by Ebara Corporation, where Everett continued as president and CEO until his retirement. Everett travelled the world for his profession, making friends wherever he did business, from Shanghai to Abu Dhabi, Tokyo to Cartagena.

In his spare time he loved classic cars and boating, and spent many hours aboard his boat in Newport Harbor and on the Sacramento Delta. After his retirement, he and Odessa settled in the desert, living in Rancho Mirage and Indian Wells.

A private memorial service for Everett will be held at 4pm on Saturday, April 30th, 2016 in Newport Beach, CA. For more information or to attend, please email dawnhylton@cox.net.

In lieu of flowers, donations can be made to the American Cancer Society.