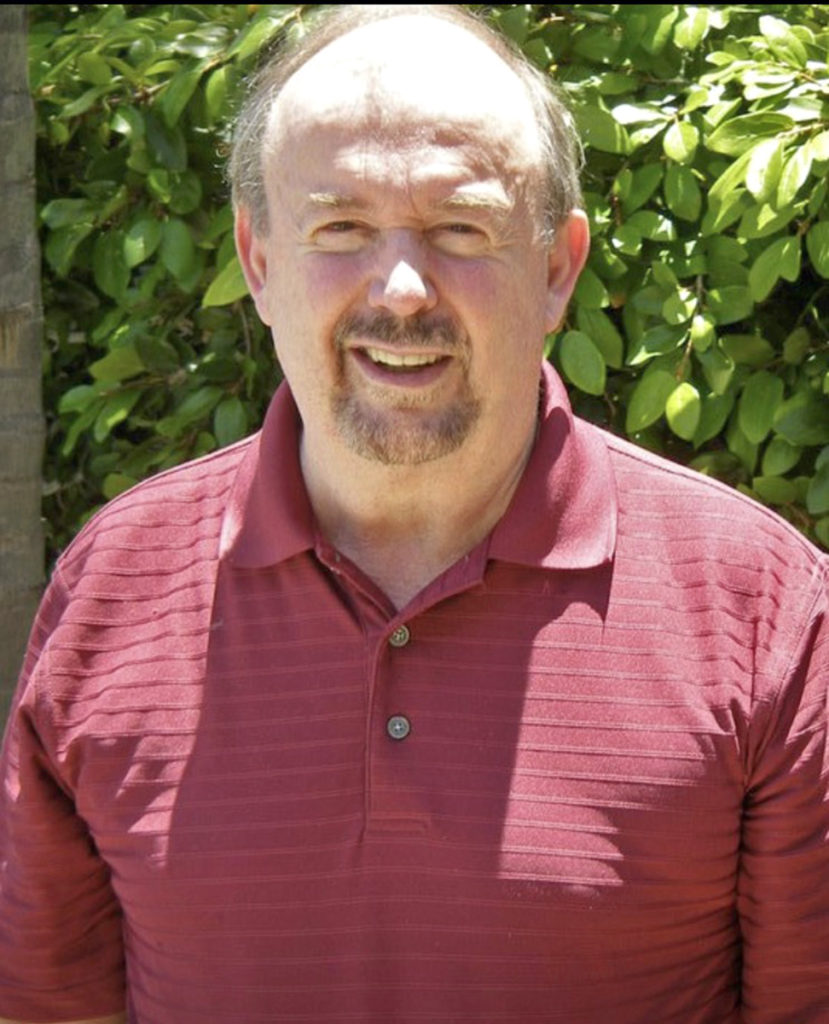 Eric Walden Johnson, 69, of Mission Viejo and Castro Valley, CA passed away on June 2, 2018.  He was born in Crookston, Polk County, Minnesota, the eldest of 4 children of Walden and Helen Louise Beishir Johnson.  His family later moved to Atlanta, Georgia where he graduated from Walker High School in 1967.

He earned a Master of Science, Computer Science degree at West Coast University, Los Angeles, CA in1978 and continued this field of study at UCLA.  He also continued his childhood passion to perfect his knowledge and skill in the German language by earning another Bachelor of Arts degree at California State, Fullerton, CA in the German language in 1992. He had earned just 30 hours short of a second Master’s degree in German when his work took him to the San Francisco Bay area where he was employed until his death.

When asked why he gave up a full four- year scholarship with all expenses provided, except housing, at Georgia Tech, he answered that he did not want to stay at home. When asked why he gave up a smaller scholarship and acceptance to MIT, he said the funding offered was not enough.  He chose instead to start his academic pursuits in a small Christian college in Texas. He certainly followed the road less traveled throughout his life.

After leaving his employment at Ambassador College & World Wide Church of God, he worked for the Automobile Club of Southern California, in Los Angeles & Costa Mesa, CA (1977 – 1984) where he was a Senior Systems Programmer.  He moved on to Broadway Stores, Inc. (formally Carter Hawley Hale) in Anaheim, CA and rose to the position of Manager of Online and Database Support (1984 – 1996)

After the takeover of the Broadway stores by Macy’s Inc., he worked for Honda as a contract consultant, and Southwestern Bell Corporation now AT&T in San Ramon, CA. as a Senior Technical Architect and lastly at Wells Fargo Bank in Corporate Loans IT support in San Francisco, CA where he remained until his death.

His professional accreditations included an active membership in GUIDE International, specializing in CICS and Transaction Management (1987 – 1996) and Co-Chairperson of IBM sponsored CICS World User Forum.  Co-authored and edited GUIDE publications: “High Performance CICS Systems” and “CICS Performance Management and System View” that were presented at GUIDE, SHARE and other user group conferences when the mainframe was at its highest utilization worldwide.   He was invited on several occasions to IBM Hursley Park, Hursley, England to the IBM headquarters of their Customer Information Control System (CICS) product to offer a business user perspective on CICS future directions. – These business trips also included side trips to Germany, of course, to work on perfecting his German language expertise.

Eric had a wide variety of other interests, skills and activities over his lifetime, too many to begin to list.