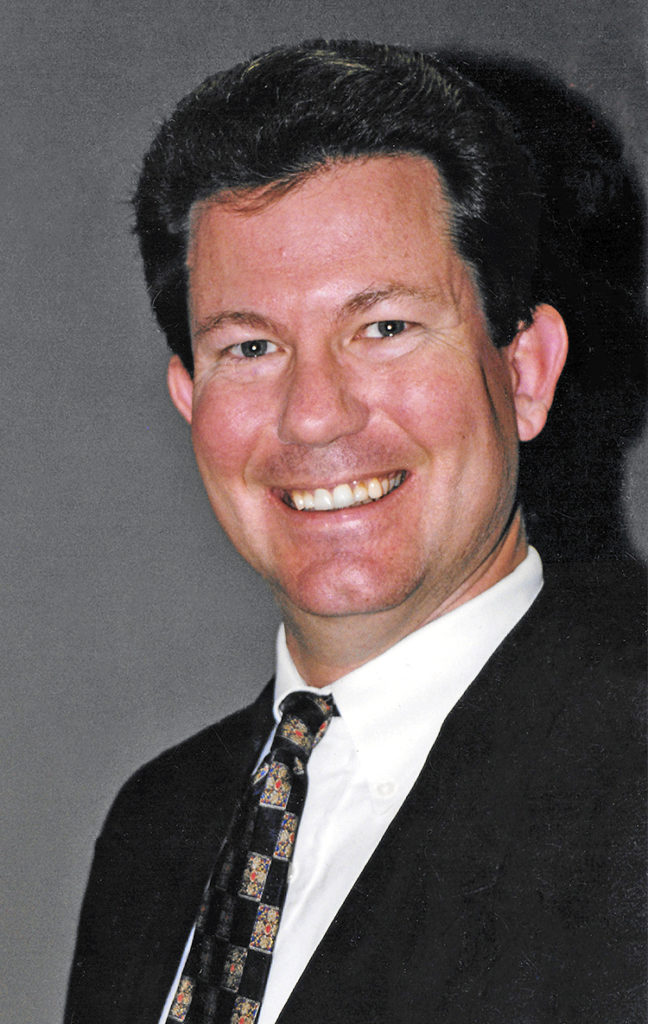 Eric E. Johnson, 63, of Laguna Hills, California, went to be with the Lord on December 28, 2018, after battling Parkinson’s disease for 14 years.

Eric was born on October 7, 1955, in Tampa, Florida. His family moved to California soon thereafter, or as he would say, just before they built Dodger Stadium. His childhood was shaped by loving parents and two brothers who he adored. They lived the idealistic suburban dream of days filled with baseball games, bike rides, chocolate chip malts, and a steady stream of friends gathering at the welcoming Johnson home.

On September 25, 1971, his life changed forever when he had his first date with the love of his life, Deanne Wendler. Although a senior in high school, he was too young to drive, so he asked a friend to drive them on a double date to the USC/Cal football game at the LA Coliseum. Eric and Deanne attended Glendora High School together, University of Redlands together, and went on to wed July 23, 1977.

Eric attended Willamette University Law School in Salem, Oregon. He graduated and passed the bar in 1980, beginning a 26-year law career. During those 26 years, he represented numerous healthcare and business clients as an associate and then partner at McDermott and Trayner and later as a partner at Stephen, Oringher, Richman, and Theodora. Eric retired from law at age 52 due to complications with Parkinson’s disease and dystonia, but always took an interest in those who had helped him build his career.

Despite many professional achievements, Eric’s finest hours came as a father. His two children, Ryan (37) and Mandy (33), were his pride and joy. He was always there for them. His attendance for school performances, sporting events, dance recitals, award ceremonies, and cheerleading events was near perfect. He took an authentic interest in not just his children, but their friends as well, forming many lifelong friendships. When his kids went to college across the country, he would show up with a simple call or better yet an impromptu trip just to be there for them. When his children wed, he took their spouses in like his own and truly adored and respected his daughter-in-law, Sara, and son-in-law, Chris. And, of course, he brought that same joy and enthusiasm to his time as a grandfather to Peyton (7), Audrey (5), Anne Kathryn (4), Gwendolyn (3), and Rose (1). He continued to be present at their events and life moments even up until his lasts days.

In lieu of flowers, donations can be made to the Eric E. Johnson Men’s Ministry Retreat Scholarship Fund at Crossline Community Church at https://pushpay.com/g/crosslinechurch (select “In Loving Memory of Eric E. Johnson” as the giving type or write Eric E. Johnson in the memo line of the check/donation) or to the UCLA Department of Neurology at https://www.uclahealth.org/neurology/giving  (write Parkinson’s disease research c/o Dr. Jeff Bronstein in the memo line of the check/donation).

Services will be held at Crossline Community Church (23331 Moulton Pkwy, Laguna Hills, CA 92653) on Thursday, January 10th, at 2:00 pm. The family welcomes all who would like to attend.