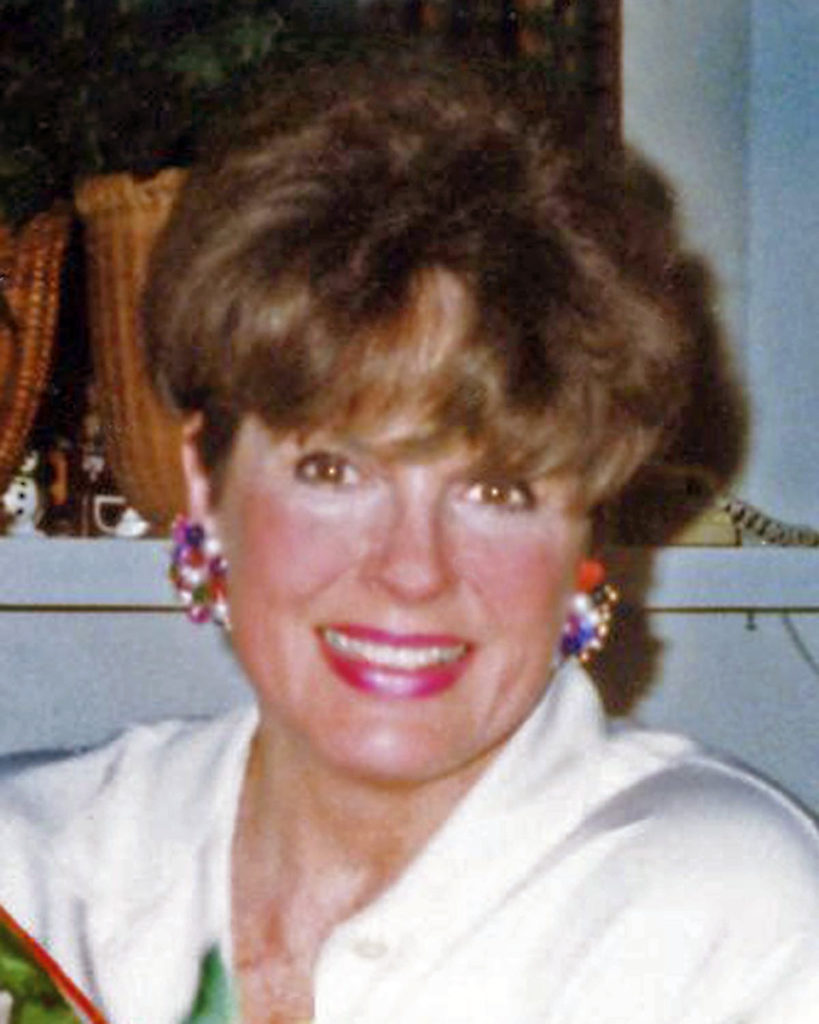 Emeline Louise (Emmy Lou) Sudor Grady, 85, passed away December 31, 2020 surrounded by family and Companion Hospice at Las Palmas SRG in Laguna Woods, California. She was born and raised in St. Paul, Minnesota, the youngest of six children of Lucille Nichols Sudor and Carl Albert Sudor. A former model and beauty queen, she graduated from Minnehaha Academy and attended the University of Minnesota where she was affiliated with the Gamma Phi Beta sorority. At the University of Minnesota, she met the love of her life, Charles (“Chuck”) Farrell Grady. Chuck and Emmy Lou were married for 61 years, until Chuck’s death on December 26, 2017. They had three children: Lynn, Jeff and Jill.

Chuck’s career took the family to many locations around the country (Minnesota-Minneapolis, Duluth; New York-Huntington, Stony Brook; Maryland-Gaithersburg; Georgia-Fort Valley/Macon; California-Los Angeles, Woodland Hills, Newbury Park, San Marino, Laguna Beach, Laguna Woods; Northern California-Sacramento). Wherever they called home, Emmy Lou was known for the beautiful homes she created for her family and for her active involvement in the Catholic church, local schools and philanthropic organizations. She took great pride in both her early American and Scandinavian heritages which she expressed in her home décor and through the many stories of family history she loved to share.

A passionate volunteer and lover of the arts, the many organizations for which she devoted her efforts reflect the joy she found in art, history, music, and the decorative arts. These include, the Los Angeles Junior Philharmonic Mozart Guild, National Charity League Pasadena Chapter and Laguna Beach Chapter, the San Juan Capistrano Mission Docents, the Decorative Arts Study Center of San Juan Capistrano, the Christopher Reeves American Paralysis Association Support Guild in Laguna Beach, Docent program for Hay House of Macon, Georgia and the DAR (Daughters of the American Revolution). Emmy Lou shared her lifelong love of antique furniture and home decor by managing the lovely Courtyard Antiques in Laguna Beach. She indulged her passion for gardening by chairing the Landscape Committee for the Wyndgate community in Sacramento and her absolute joy for old movies was shared with the Las Palmas Movie Group. Although Emmy Lou often said that fulfilling her role as Benefit Chair for the Pasadena Showcase House of the Arts in 1979 was one of her greatest achievements, it was the many lifelong friends and fond memories from all of her experiences that she carried in her heart until the end.

In lieu of flowers the family requests donations be made to KUSC classical music and the American Heart/Stroke Association. Condolences and memories can be added to her page at https://www.oconnormortuary.com/. A memorial service will be arranged when it is safe to celebrate Emmy Lou’s life collectively in person.