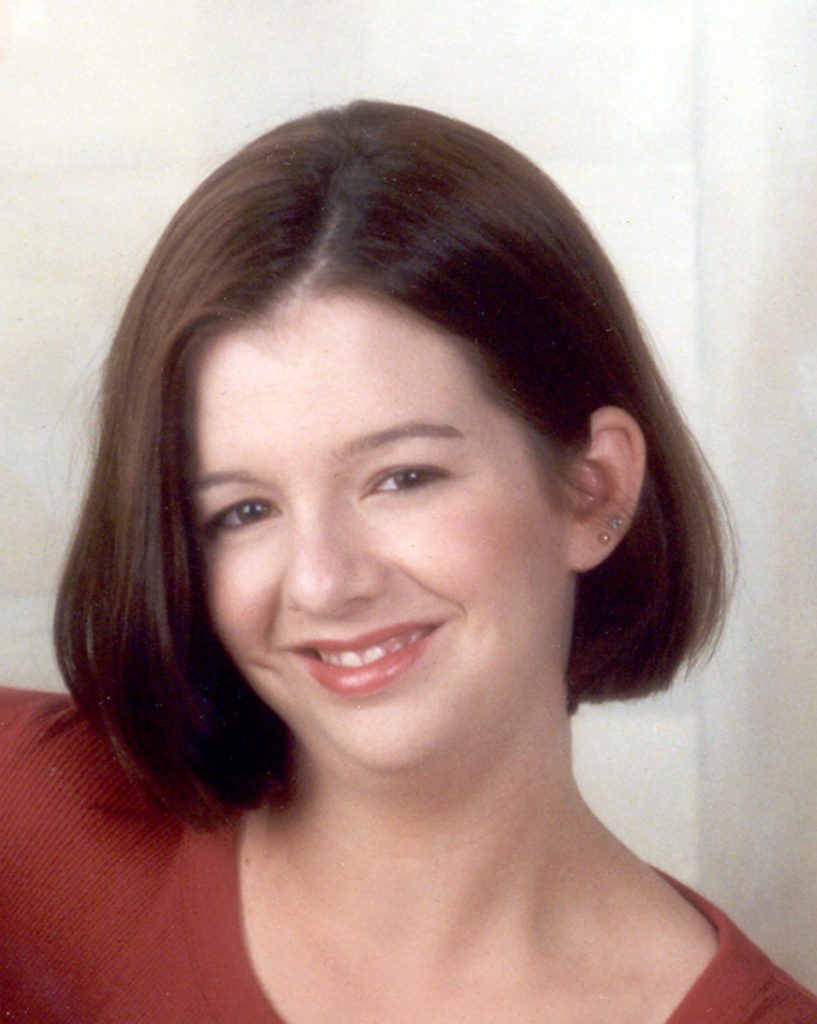 While in Denver, Emily was a very active member of the musical theater group, “The Younger Generation Players” – from Grade 5 through high school. She developed a real love for performing, but especially for singing. She formed many life-long friendships during that association.

Life lead Emily to Dana Point, California in 2007. She met and married Jeff Yagher in 2010, and to that union their daughter Jillian was born.

Emily had a deep love for cats, and she and Jillian spent countless hours fostering kittens and placing them with their permanent families.

She also loved all things “computer”; from repairing them to designing websites which facilitated business opportunities for her friends and others. Her life’s passion, however, was being Jillian’s mom.

Funeral services in Dana Point, CA will be at 2:00 PM, Wednesday, October 24th at Gloria Dei Lutheran Church under the auspices of O’Connor Mortuary.

Interment will be in Perry, OK on Saturday, October 27th at 11:00 AM under the auspices of Dighton-Marler Funeral Home.

She was preceded in death by Grandparents, Bill Gierhart, Joe Shoop and Norma (Shoop) Spear.