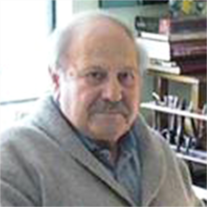 Mick was born as Erwin Nathanson in the Bronx on 2/17/1928. His father always called him “Mickey” leading to his use of the name E.M. Nathanson. His parents Benjamin Nathanson and Ruth Goldberg were the children of Jewish immigrants from Lithuania and Hungary. His parents were not happily married and his mother Ruth suffered from depression which led to her suicide attempt when he was 2 years old. She was sent to a mental institution and, in the depths of the depression, his father placed him in a Jewish orphan home in Manhattan. That was the way things were done in those days, feeling it would be better for him since a father had to work all day. It was called the Hebrew National Orphan Home. Mick recalled being taken by the staff to the beach at Rockaway for part of the summer, living in dormitories and had an especially vivid recollection that he could see. He was happy there. He remained at that orphanage until he was 7 and was moved then to the Hebrew National Orphan Home, a boys home in Yonkers, New York where he remained until he graduated high school.

He loved the HNOH orphanage life and credited the love and encouragement he got there, especially from the director, Ruben Koftoff, with opening up his mind and opportunities and allowing him to reach his dream of becoming a writer. He was a great proponent of the value of caring orphanages, if it could still be accomplished in our modern world. He attributed the quality of his experience to the fact that the employees of the home had respectable middle class jobs and wondered if that could still be accomplished now. He stayed in contact through his entire life with the “boys” there who he considered as brothers. He worked on the home newspaper and learned photography and attended Roosevelt High School in Yonkers where he played the clarinet and was a sub on the football team.

He served in the post WWII U.S. Army for several years and was grateful for the GI bill that allowed him to obtain an education at New York University (Washington Square College) though the money ran out with a semester to go, he still valued the education he got there. In New York City, he worked at many jobs including as a machinist and then as a copy boy for Women’s Wear Daily and later Fairchild Publications. It was there he learned the craft of editing. He wanted to be a newspaperman and worked as a Virginia stringer for the Washington Post. Later he began to write short stories for magazines while living in Greenwich Village. During those days he sometimes drank with a young Lee Marvin who would later star in his book, the Dirty Dozen as well as Mike Nichols and Yul Brenner among others.

In 1956, he moved to California with his first wife and young son and began writing articles for adventure/military type magazines. Many of the stories involved hearing about military missions and adventures and he interviewed many military heroes of the day and wrote magazine articles about them. Living in the Hollywood Hills, his neighbor was the film director Russ Meyer (Beyond the Valley of the Dolls). Meyer, who had been a combat cameraman with Patton’s 3rd Army, told him a story that would change his life.

Meyer had taken photos all over England prior to the D-Day invasion. He told Mick that he was sent at one point to a stockade in Southern England to film some military convicts who were preparing for a mission in France. Russ told him that there were 10 white men, a black man and an Indian and they were unshaven and dirty. When he later asked what happened to them after the invasion, Meyers was told all of them perished on their mission. Mick developed the idea for the Dirty Dozen from that story. He did extensive research in military court martial records and military archives and developed his “Dozen” from there. He tried but never found the footage Russ Meyer took, though he found the footage taken before and after by Meyer. Fictional, the story was sold to Random House before it was finished and to MGM before the ending was written. The book was published in 1965. What a first book it was, a critical and financial success. The movie followed and remains well known and loved. The book is now a classic and both the book and film that will stand the test of time as his legacy. He was so proud of his work on TDD.

In recent years, people have claimed that various military units were the “real” Dirty Dozen (Filthy 13 and others) but it wasn’t true. The Dirty Dozen came from his imagination and from the story told to him by Russ Meyer. Over the years he received many letters from people who said that they were a member of the group. They weren’t, but he loved responding to them. Most of all, he continued to tell people through his life who had seen the movie that they should read the book because was better than the movie.

He published other books including The Latecomers, It Gave Everybody Something to Do, A Dirty Distant War (his Sequel to the Dirty Dozen set in Indochina during WWII), Knights Cross (Written with Col. Aaron Bank, the father of the Green Berets) and Lovers & Schemers as well as hundreds of magazine articles and short stories. He continued to write until the day of his death. He was truly happiest in his home office in Laguna Niguel writing and promoting his work. He had more stories he wanted to tell. In recent years he created digital versions of the Dirty Dozen and Lovers & Schemers and published an author’s edition of the Dirty Dozen in a quality hardcover under the Regenesis Press imprint.

He is survived by his wife Elizabeth Henderson of 31 years, his son Michael E. Nathanson of Dallas, Texas who weeks before Mick’s death published his first novel “Cries of the Eagle” a geo-political suspense novel which delighted Mick to no end. Michael carries on that writing tradition. He is also survived by his daughters Larisa (20) a budding writer, and Adriana (19), who were adopted from an orphanage in Romania in 1997 completing his orphan circle. Also surviving him are his granddaughters Jessica Nathanson and Tiffany Nathanson (a camera operator/cinematographer) and a half-brother, Donald Nathanson of New York. His first wife, Marianne Duest preceded him in death.

He always said “Good reading is hard writing” and his work reflected that attention to detail and research. He never let anyone tell him how to tell his stories. But he respected the characters and subjects of his stories, going so far as to lose the chance at a movie for one of his novels because a surviving family member would be uncomfortable.

He was loved and will be missed by his family and friends. He was a loving husband, father, devoted friend and generous colleague in addition to being a wonderful writer and storyteller. His was a life well lived.