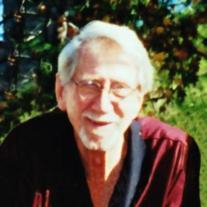 Andy was born in Sioux City, Iowa on August 26, 1924. After graduating from high school he enlisted in the Navy to serve his country in World War II. He completed basic training in San Diego and was shipped to the South Pacific where he served onboard the Aircraft Carrier Fanshaw Bay as a radioman. He saw military action in the Battle of Samar, in the Philippines where his ship was awarded the Presidential Unit Citation Badge. After three years in the military and with the war ending, Andy returned to Iowa after his discharge. His stay was short, returning to California and enrolling at USC where he pursued his education. He started in the school of journalism and later switched to architecture.

As an architect, Andy worked at CF Braun, Bullock and Anderson, Fluor, and the Ralph M. Parsons Company where he started his international career. His first international assignment was in Iran as a field architect in 1975 on the construction of a copper mine. When the Iranian revolution took place in 1976 Andy was sent to London, waiting to return to complete the project. After the hostages were taken, the project was halted and Andy returned home

One of the highlights of Andy’s career was his work as Project Architect on the 1984 Olympics. He worked on the design, development and construction of the facilities in the UCLA village, the gymnastics venue at Pauley Pavilion and the tennis demonstration venue.

Andy was well traveled, visiting 26 countries across the world. He climbed the Egyptian Pyramids and
the Eiffel Tower, he scuba dove in The Red Sea, sailed the Greek Islands and the Ensenada Yacht Race. He loved diversity and had an entrepreneurial spirit. He loved music, collecting vinyl records on all genres of music. Andy was well read and enjoyed Science Fiction.

Andy, you shared your love of travel, music and books with us and left us all richer for having your love and presence in our lives. We cherish your memory and will always love you.

In lieu of flowers donations can be made in Andy’s name to the Alzheimer’s Association http://www.alz.org