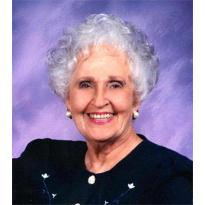 She was born Ellen Morine Schumacher on July 5, 1922 in the very small town of Corder, Missouri, as the youngest of 5 children. She grew up in St. Charles, Missouri. Her father died in a mining accident when she was only 18 months old, and her mother suffered a nervous breakdown and was put in an institution when Ellen was only 9. Her older sister, Ann, initially took her in, but she resided in over 20 different homes by the time she was an adult.

Ellen was out-going and popular and her peers voted her as queen of the senior class at her high school in 1941. She was the first in her family to attend college. She went to Lindenwood College in Missouri and was the first student in the history of the school to work on campus. She remembered being embarrassed serving her classmates in the school cafeteria. Next, she attended Arlington State College in Texas. Although she had been a home economics major, her desire to help others and her natural people skills led her into hospital work. She was hired as the first Director of Volunteers at Baptist Memorial Hospital in San Antonio and developed an award-winning volunteer program.

After several years, Ellen was hired sight-unseen to be the Director of Volunteers at Seaside Hospital in Long Beach, which became Memorial Medical Center of Long Beach, where her career spanned more than 25 years. She recalled being part of the move from Seaside to the new hospital site in May of 1958, when the streets were blocked off so hospital beds could be wheeled to their new home. She managed 7 different volunteer groups and auxiliaries over the years, including the Volunteens, a group she created enabling young people to become involved in community service. Ellen enrolled in an extension program of Lindenwood College to complete her degree in 1977. After her retirement, Ellen became a volunteer herself, serving people with cancer as they awaited treatments.

As a young woman in her twenties, Ellen heard about the saving grace of Jesus Christ and accepted Him as her personal Savior. That was the beginning of a life-long friendship with her Lord. She was an active member of Truett Memorial Baptist Church, where she ministered to youth; 1st Baptist Church of Long Beach, where she served as wedding coordinator for many years; and at Bethany Church in Long Beach, where she performed in several dramatic roles in Christmas Joy productions. She was an active member of her PEO chapter and served as president at one time.

After having been a single parent for several years, raising her only daughter, Anne, Ellen was blessed to meet Ralph Tennant. Ralph and Ellen married in 1985 and, along with Ralph’s 2 children, Noreen and Bruce, had 23 loving, happy and fun-filled years together as an extended family.

Ellen loved to cook, bake, entertain guests, write letters and journal entries, meet new people, travel, and go camping. She loved anything pink or red-white-and blue. She loved her country and anything patriotic. She loved to eat strawberries, rhubarb pie, sauerkraut, liver and onions, bagels, and, of course, coffee. She collected windmills, china patterns, teacups, and angels. She loved holidays, parties, giving gifts, laughing, and having a good time. She had a passion for making people feel welcome and valued in her presence. She was always dressed immaculately and was a beautiful lady inside and out.

Ellen was a dedicated and loving wife, mother, and grandmother. She was a loyal friend and employee. She lived by faith in the Son of God and His Word. She encouraged, cheered, and blessed countless lives through her charming personality and southern hospitality. Her strength of character and ability to face adversity with hope and optimism were a witness to the Lord she knew and served. She never missed an opportunity to give a compliment. Even after she developed memory loss and dementia, she exuded a sweet spirit and loving attitude. She was a blessing to all who knew her.

Ellen Tennant is survived by her husband, Ralph; her daughter and son-in-law, Anne and Doug; her grandsons Brad and Justin; and by her step-son and step-daughter, Bruce and Noreen.

Family requests donations in lieu of flowers be made in Ellen’s name to the following: