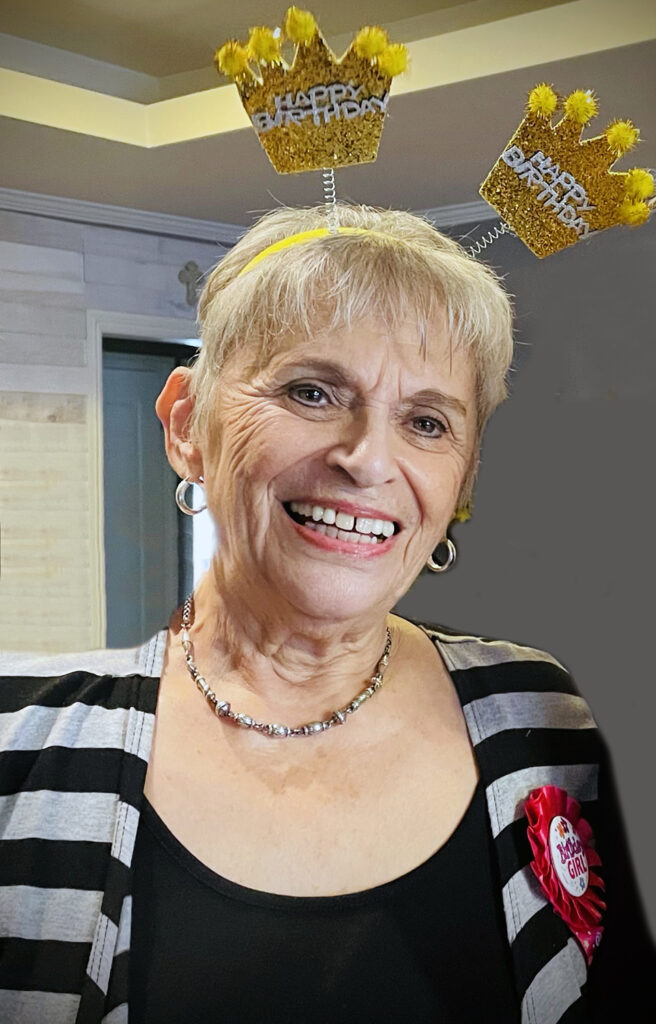 Elinor Rosemarie Perry, who loved being called Nanny by her grandkids, died on Sunday, May 8, 2022. She passed peacefully after a brief illness, surrounded by family. Born in New Bedford, MA and raised on Ruth Street in the South End, Elinor graduated from New Bedford High School in 1960 and later graduated from Newbury College. Elinor moved to Southern California in 2000 to be close to her son Wade and daughter in law Kurin and their kids. She retired in 2016 after many years in property management and as a bookkeeper but remained active in her church Bible study and singing with OC Sound Chorus as well as a robust social life with many dear friends.

Her memorial will be at 10 am on June 9 at O’Connor Mortuary in Laguna Hills.  For those who cannot attend in person, a video link will be available. Elinor’s ashes will be interred in the Pacific Ocean at a later date as a tribute to her lifelong love of the beach.