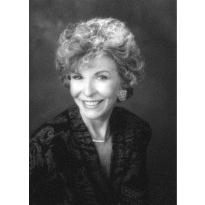 Eleanor was born near Poole, Nebraska, on a farm to Jay and Josie ?Leola? O’Dell Robinson. She was the only child and attended Cedar Creek School. Her mother died when she was ten years old. Her father raised her with the help of ?a parade of house keepers?. Eleanor attended school in Poole for grades 9-10. She went to Ravenna High grades 11-12. She was a member of the graduating class of 1941. She attended Kearney State in Kearney, Nebraska. In 1945 she married Bill Swearingen. They resided briefly in Long Beach, California. They had a daughter Pamela in 1949, who now resides in West Hollywood, California. They lived in Hastings, Nebraska until 1952 where she worked for the Chamber of Commerce. Her marriage with Bill ended and she and Pam moved to Bakersfield, California in 1953. She worked for Standard Oil Chevron where she met her second husband, Martin O’Keefe. They were married in 1954 and had twins in 1957.
Stephanie Welsh now residing in Santa Ana, California and Michael O’Keefe of Long Beach, California. Eleanor finished her college education at Fresno State and obtained a Bachelor’s degree in Education. She taught elementary school in Bakersfield City Schools for 20 years, until her retirement in 1984. Her husband, Martin, died the same year. Eleanor was very active in Assistance League. She enjoyed golf, bridge, dancing and travel. She was a member of Bakersfield Country Club as well as a Social Sorority. Eleanor moved to Leisure World in Laguna Woods, California in 1991 to be near her three children. She continued to be very active in her hobbies. She was diagnosed with dementia in 2001 after a fall. She moved to The Renaissance at the Regency, in Laguna Woods in 2003. She maintained her independence in a one bedroom apartment and enjoyed the dining room and many activities. Her courageous battle with dementia forced her to be more dependant on care givers, but she maintained her independence and passed peacefully in her apartment with her children and loyal caregiver, Daniele Vapor, by her side. Eleanor was a member of Lutheran Church of the Cross in Laguna Hills. She also attended Geneva Presbyterian just down the street from the Regency. Her memorial service will be officiated by Pastor Leland Lantz. Besides her three children, Eleanor is survived by five grandchildren, Lindsey Welsh, James Welsh, Ian Welsh, of Santa Ana, California, and Christian O’Keefe, and Sophia O’Keefe, of Long Beach, California. Eleanor is also survived by a stepdaughter, Marta Starr, of Santa Rosa, California. Her family will miss her drive and determination to succeed at whatever endeavor she was involved in. She taught her family and friends many positive ?life lessons?. There was never a doubt on where she stood on issues and matters of importance. Her generous support has and will enable her children and grandchildren to attend college and not have the worry of financial stress. Education and self improvement was always a priority for Eleanor and her husband Martin. Their direction and support will continue for family generations to come.

Or donations may be made Online @ www.alz.org