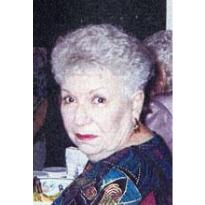 Elayne J. Manago, 78, died on Tuesday, May 9, 2006 at Palm Terrace in Laguna Woods, California. She is survived by her son, David, daughter, Darlene Zuill, and five grandchildren: Paula, Jeffrey and Danny Zuill and Lauren and Nicole Manago. She was dearly loved by many and will be deeply missed.

Elayne was born in Chicago Illinois on January 19, 1928 and grew up there. She had two sisters: Gloria and Laurel. She married her high school sweetheart Tony Manago on December 3, 1949. They lived in the Chicago area and had a son David in 1952 and daughter Darlene in 1956. While there Elayne began her life long study in the field of Astrology. In 1964 they moved to Buena Park, California with a transfer of Tony’s company. After the relocation, Elayne founded the Educational Astrology of Orange County organization. She became a teacher and national guest lecturer in the field of Astrology. In 1967 a new chapter began in their life together when Tony became an owner-operator of a Shell service station. Elayne began working for the Orange County Probation Department as an administrative secretary. All the while she continued her lecturing and teaching career and was appointed as a featured speaker for the American Federation of Astrologers. She owned and operated a successful office, providing astrological counseling to many, and varied clients within Orange County.

In 1971 she relocated with the family to Laguna Niguel, California and remained there until 1995. After entering retirement, she and Tony moved to Sun City West, Arizona where Tony passed away in 1997.

In 1972 Elayne earned her Bachelors of Arts in Psychology with a minor in religious studies from the California State University in Fullerton and in 1974 also earned her Masters Degree there as well.

Elayne was a world traveler from Belgium, England France and Italy. She cruised around South America and the Mexican Riviera with her loving family and friends. She had an appreciation for the many different cultures and people of the world. Asian art and Buddhist beliefs were respected by her and often brought a varied and meaningful perspective of the world.

She was the accountant for her husband Tony’s business and developed a well-focused eye for business there. Investing and bargain shopping were two great hobbies of hers.

Elayne relocated back to Laguna Woods, California where she would remain close to her daughter, Darlene and her grandchildren. A life long lover of music, she was extremely proud of her daughter Darlene’s music career and never missed an opportunity to witness the ethereal notes she created in each performance. She was exceptionally proud of her grandchildren and had greatly anticipated her oldest grandchild, Paula’s College graduation this May. While living there, she was active with Laguna Woods Pinochle Card Club and the T.G.I.F. Club. She was the Treasurer fondly nicknamed ‘Cash’ Manago. She developed many enduring friendships with these members many of whom brought her smiles in her waning days.

Elayne was diagnosed with lung cancer in April, 2006 and quickly passed away in her sleep on Tuesday, May 9th.

Elayne was a fun loving, charismatic lady who always had a ready smile and loved to laugh. She taught many people positive life lessons and everyone always knew where they stood with her. She was generous and supportive and always encouraged her family to pursue an education. She had a great understanding that we are all here on this earth for a brief time, and that we all make hand prints on each other’s hearts.

She was greatly loved and will be sorely missed.

A private life celebration of friends and family will be held in June.

In lieu of flowers, remembrances may be made in Elayne’s memory to Saddleback Master Chorale P.O. Box 4022, Mission Viejo, Ca. 92690