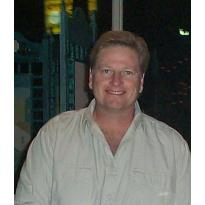 Egon Reich was born at Christmastime, December 26, 1923 in Vienna Austria. He passed away peacefully on Sunday, August 27, 2006 in his home in Mesa Verde, Costa Mesa, California of cancer. With him during his last days were his loving wife, Marilyn, their four beloved children, Heidi Pridemore, Becky Hall, Karen Eddow, and Egon Reich II, as well as several of their eight grandchildren and five great-grandchildren. He is also survived by a sister, Lotte Anderson, who resides with her husband, Hans, and their two sons in Vienna. He was dearly loved by many and will be deeply missed by all.

Just two years ago, he published his autobiography, ‘Egon Reich I, An Unusual Life’. It has been called a saga of five generations, with parent’s histories and stories about his idyllic young life enjoying Saturday afternoon operettas and bicycle rides along hillside paths in the Vienna Woods.

At age fourteen, he escaped the Nazis and for a while lived in England on the estate of Sir Arthur Conan Doyle of Sherlock Holmes fame. His studies led him into becoming a noted illustrator, and by the age of twenty, he had become the Art Director and a Creative Director at Cockfield-Bown, the largest National Advertising Agency in Canada.

He had a bright yellow, long-nose, shiny-spoke-wheeled Chrysler convertible coupe, went swimming in the St. Lawrence River, and skiing in winter. Life was great, but he used to say, ‘Mickey Mouse kept calling me!’ On a visit to Hollywood, he met ‘the right girl’, had three daughters and a son, became President and CEO of a national food corporation in 1994, he sold his company to Interstate Brands and retired at the age of 72.

Egon lived an exciting and venturous life. He built a national corporation, and was CEO for over 30 years. Also, he enjoyed ‘fine art’ painting, singing, traveling, venturing and writing with both hands.

He met the love of his life, Marilyn, and one week after their first date, they were married. On November 27, 1998, they celebrated their 50th wedding anniversary at a reception that was given by their loving children, Heidi, Becky, Karen and Egon Reich II, and their families.

9 responses to Egon Reich I