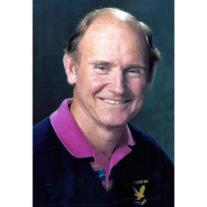 Edwin Harold Corley went to be with the Lord on February 9, 2015. He was born in Greenville, Kentucky on August 28, 1931, son of Verda Cisney Corley and Jack Corley. He graduated from Greenville High School in 1948 and enlisted in the U.S. Air Force. After being stationed at Hamilton Air Force Base in Northern California, he met and ultimately married Marilyn Philbert on August 5, 1952. Upon completion of his tour of duty at Paine Air Force Base in Everett, Washington, Ed and family moved to Los Angeles where he went to work at Hughes Aircraft. While working, it took him 10 years to complete his BS degree at Long Beach State College. After working at the Hughes Aircraft Airport site and their Long Beach site, he was transferred to the Forest, Mississippi facility. After 38 years with Hughes/Raytheon, Ed retired and returned to Paradise, California, and ultimately to Big Bear and Orange County.

He was a member of Kiwanis Int’l for 35 years and served as Lt. Governor of the Northern California region. He attended the National Convention in Nice France to represent his District.

Burial for Ed is at the Riverside National Cemetery with full military honors. Memorials may be made to St. Michael’s Hospice, 5 Corporate Park #100, Irvine, CA 92606 in Ed’s honor.

I have fought the good fight, I have finished the race, I have kept the faith. Finally, there is laid up for me the crown of righteousness, which the Lord, the righteous Judge, will give to me on that Day, and not only to me by also to all who have loved His appearing. ~ Timothy 4:7-8