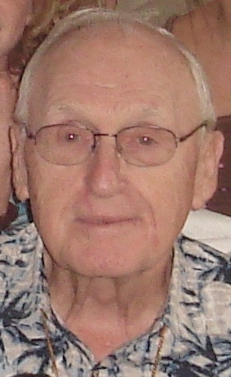 Edward “Ed” W. Siminiak (91) passed away in his home on October 24, 2021 in Laguna Woods, California. A Great Grandfather, Grandfather, Father, Father-in-Law, Uncle, Confidante, Friend to Many, and Life Partner, Edward is a native Ohioan, the youngest of 5 siblings, born to Metro & Mary Siminiak on November 25, 1929 in Toledo, Ohio.

Ed met the love of his life and married Doris (Burden) Siminiak in 1955.  Ed and Doris had had 2 wonderful sons –  Edward, who was born in 1956 and Bruce, who was born in 1963.   Ed was a very religious man and a very devout Catholic with an exceptionally strong faith in God, which enabled him to deal with the challenges encountered with the multiple loss of loved ones that he faced during his lifetime. Ed’s wife Doris died in 1978. Ed’s son Edward died in 2000.  Ed had remarried in 1988 to Kathleen (Szabo) Siminiak who passed away in 2002.  He was a regular parishioner at St Catherine of Siena Church in Toledo, Ohio and upon his move to California, Ed was a parishioner at Corpus Christi Church in Aliso Viejo, California.

Ed loved spending time with Family, talking, reminiscing, and laughing,.and having an occasional cold adult beverage.  Edward was also an avid bowler, participating in several bowling leagues in both Ohio and California, achieving a perfect 300 game on multiple occasions.