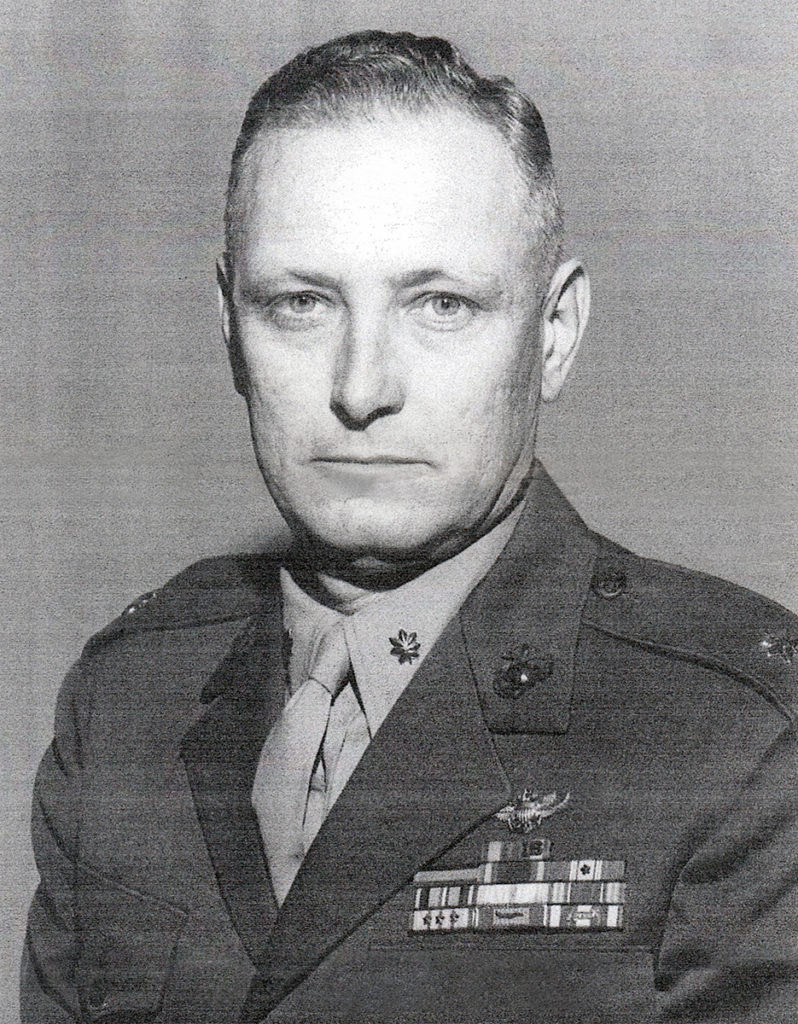 Edward Truesdel Langley passed away at 91 years of age of natural causes. He was predeceased by his wife of 62 years, Ethel M. Langley on July 20, 2015.

He was born in Jackson, MS on 24 December, 1927, and attended Forest Hills High School prior to joining the Navy in September, 1945. He spent two years on active duty at Whidbey Island, Washington, where he served as a weather man (aerologist) before transferring to the inactive reserve and enrolling in Mississippi College. He also went to work at Dixie Air Service where he earned his private pilots license. He was recalled to active duty in 1951.

He was assigned to Panama Canal Zone Naval Air Station as an aerologist. He was selected for Navy Flight Training Program in 1952 and was commissioned a 2ndLieutenant in the Naval Reserve. He was then sent to Cherry Point, North Carolina, where he was qualified in the F3DSkyknight. After a year and a half in Korea and Japan he returned to the U.S. and married his high school sweetheart, Ethel Morris. He had orders to Pensacola as an instructor in formation flight. After two years there he was assigned to helicopter training. He was designated a qualified Navy Helicopter Pilot on July 22, 1958. He was assigned to HMR-363 at Marine Helicopter Base, Santa Ana, CA where he flew the HRS-3.