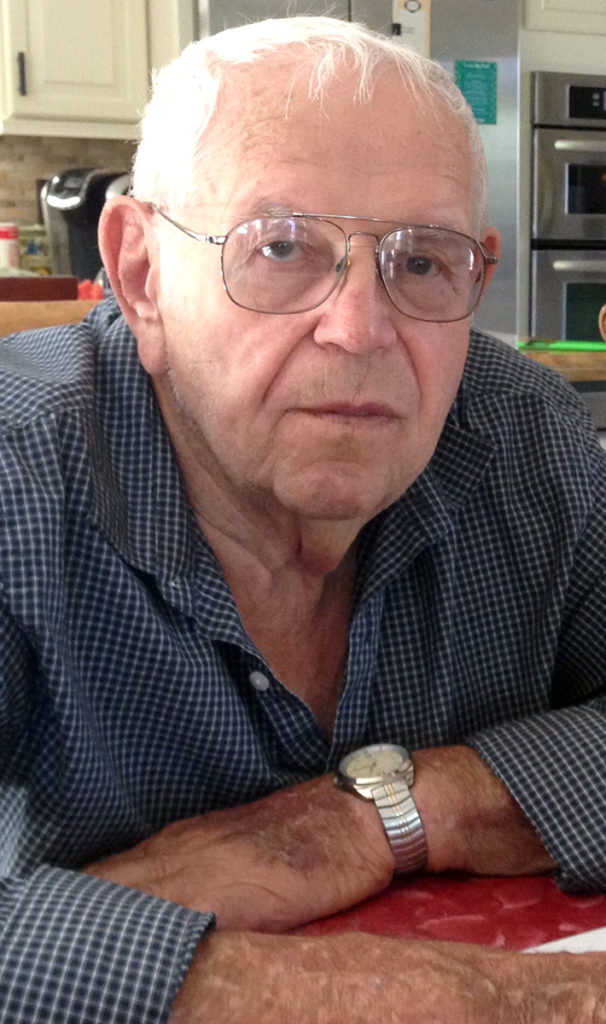 Edouard Wlodarczyk was born on October 5th, 1932 in Pont-Ã -Mousson, France to Wladislaw and Wladslawa Wlodarczyk. His parents were Polish immigrants who moved to France in hopes of a better life for their children. Unfortunately, Edouard, his sister Helen and his brother LeÃ³n would have a childhood that was surrounded by soldiers and turmoil due to World War II. His father survived his time spent fighting in the war, but his experience would have a lifelong impact on Edouard.

Amidst the difficult circumstances, Edouard fondly recalled playing soccer as a young boy. His love of sports would follow him his entire life, later coaching his son and grandson in their soccer games and taking time to enjoy long bicycle rides on the weekends.

As Edouard grew older, he took a passionate interest in politics and at 15, became the President of the Polish-French Association. He was invited to Poland several times and during one of these trips, was asked to announce a march of forty-eight thousand young people over the radio followed by a meeting with the President of Poland. Due to the rising conflicts in policies, he was warned against returning to the country at the age of 16 and resigned from his position, resulting in the disbanding of the association.

Throughout his life, Edouard learned three other languages (German, Spanish and English) besides his native French and Polish. He was known for his humor and general knowledge of a wide array of subjects, and truly enjoyed learning about the things and people around him.

Having lived in a war-torn country since a very young age, Edouard decided to move to Montreal, Canada in 1952 for a fresh start. It was there he met his wife of 62 years, Valentine Wlodarczyk. When he first saw Valentine he told his friends he would marry her and, being a man of his word, they wed on May 26, 1956, in the same hall where they shared their first dance.

To make ends meet, Edouard drove Taxis in Montreal. However, due to his Formal Carpentry Training in France, he also became a contractor in Canada, building approximately 100 homes.

With little money but plenty of ambition, Ed and Val moved to California in 1965 with their two young children, Linda and Carlos. The family was not alone in this endeavor; close friends and other family members opted for the warmer climate as well creating a large and tight-knit European/Canadian community in Palos Verdes.

With his unyielding work ethic and generous nature, Edouard began managing approximately 100 employees during his time at Pacific Builders and soon ventured to start his own company, Lodarcy Construction Co. He was able to provide his family with everything he could ever dream of as a child. They were able to visit Europe ten times to visit with family and happily returned every time to his favorite place, California.

In later years, Edouard and Valentine moved to Las Vegas to be closer to their daughter and her children. He was an integral influence in their formative years and made a point to teach all of his children and grandchildren the importance of family, working hard and enjoying life. When asked if there was anything he would change about his life, he simply said that he wanted his twenties back so he could do it all over again.