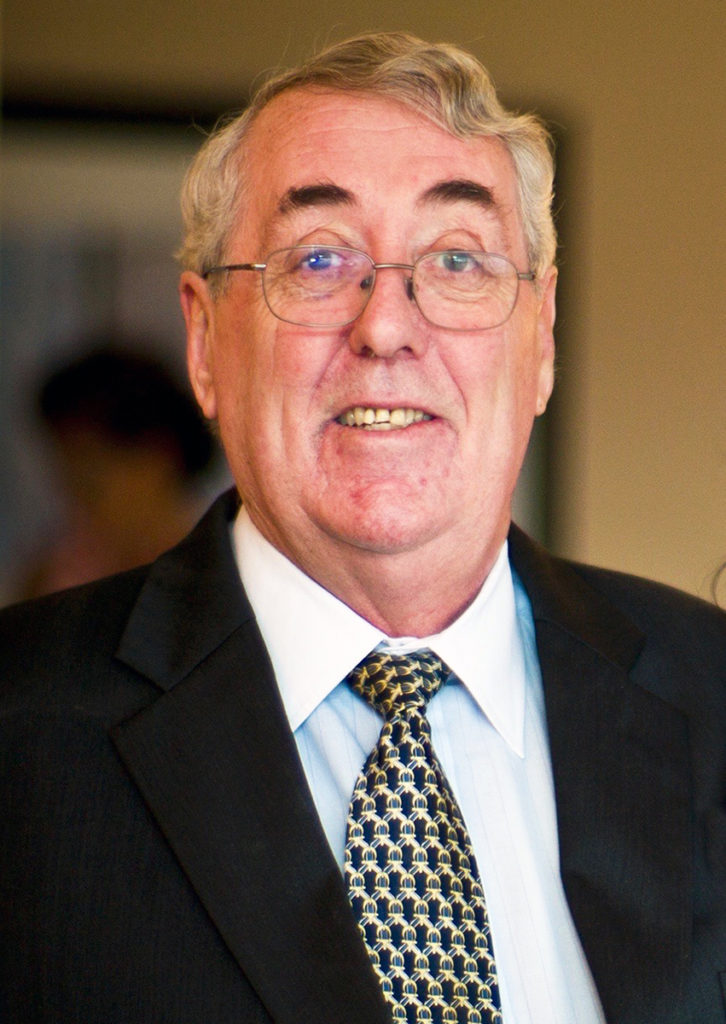 Born in 1946 in Ireland, Ed was a true global citizen having visited over thirty countries since he left Dublin at the age of nineteen.  His career in the hospitality industry and love for adventure took him to Switzerland, France, Canada, Grenada, Australia, Czech Republic, and Bahrain where he helped open the Gulf Hotel in Manama in 1970.  It was during his time as General Manager at the Gulf Hotel that he met his wife of forty-seven years, Emma Herlihy.  His career eventually brought the family to sunny southern California, where they settled in Mission Viejo to support his kids swimming careers.  Organizing the visit of President Ronald Reagan to Grenada in 1986, coordinating the official visit of Queen Elizabeth II to Bahrain in 1979, and working as Vice President of The Queen Mary in Long Beach, California were some of the many career highlights of Ed Herlihy.

Ed had friends from around the world as he was fortunate to meet many wonderful people during his international travels.  They would all attest to his generosity, humor, and classic ‘gift of the gab’.

He is survived by his wife, Emma; children, Brendan Herlihy, Siobhan Herlihy Singh, and Edmund P Herlihy; four grandchildren, all of whom brought great joy to his life; and his brothers and sisters, Brendan Herlihy, Eleanor Cahill, Miriam Malone, and Conor Herlihy.

O’Connor Mortuary Service, has been entrusted with arrangements.